NEWTON – An inmate from the Newton Correctional Release Center that was on escape status earlier in the week has been apprehended by law enforcement and returned to the custody of Iowa Corrections.

Law enforcement from the Warren County Sheriff’s Department and Indianola Police Department arrested Fink II earlier today. Upon his arrest and confirmation of his identification, he was transported to the Newton Correctional Facility where he is now being housed.

The department thanks the many partners in law enforcement from across the state that assisted in the apprehension of this individual.

Fink II was convicted of Operating while under the influence of alcohol or a drug or while having an alcohol concentration of .08 or more 2nd Offense (321J.2[B]) and Eluding (321.279[2]) (both aggravated misdemeanors), from Franklin County. Back in February of this year, court records show, Fink was charged with numerous crimes in Sheffield, including eluding, meth possession (dismissed), felony third-offense drunk driving (dealt down to second-offense), and unlawful possession of prescription drugs (dismissed). He ended up being sentenced to two consecutive 2-year prison terms. 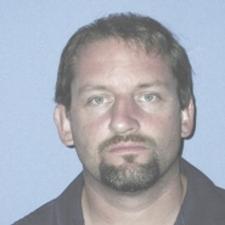