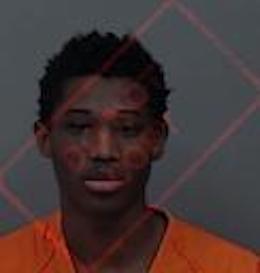 CEDAR RAPIDS – A Waterloo felon who unlawfully possessed a firearm was sentenced July 20, 2022, to more than five years in federal prison.

Terrence Roby, Jr., age 24, from Waterloo, Iowa, received the prison term after a December 22, 2021, guilty plea to one count of possession of a firearm by a felon.

In a plea agreement, Roby admitted that, on March 29, 2021, he knowingly possessed a firearm, a Smith and Wesson SD40 .40 caliber pistol, as a prohibited person. Roby was prohibited from possessing a firearm because he was previously convicted on February 17, 2020, of attempted burglary in the second degree in the Iowa District Court for Black Hawk County, a felony. On March 29, Roby was a passenger in a vehicle which led officers on a high-speed chase reaching speeds of 60 mph in a 30-mph zone in a residential area. After about 5 minutes, the driver stopped the vehicle and all the occupants fled on foot. Roby ran from the vehicle carrying the pistol which he disposed of between two homes. Roby also admitted that, on July 8, 2021, he possessed a Smith and Wesson 9x19mm caliber pistol and a Kel-Tec .40 caliber rifle. These weapons were found during the execution of a search warrant at Roby’s residence.

Roby was sentenced in Cedar Rapids by United States District Court Judge C.J. Williams. Roby was sentenced to 63 months’ imprisonment. He must also serve a three-year term of supervised release after the prison term. There is no parole in the federal system.

Roby is being held in the United States Marshal’s custody until he can be transported to a federal prison.

The case was prosecuted by Assistant United States Attorney Lisa C. Williams and investigated by the Waterloo Police Department and the Bureau of Alcohol, Tobacco, Firearms and Explosives (ATF).