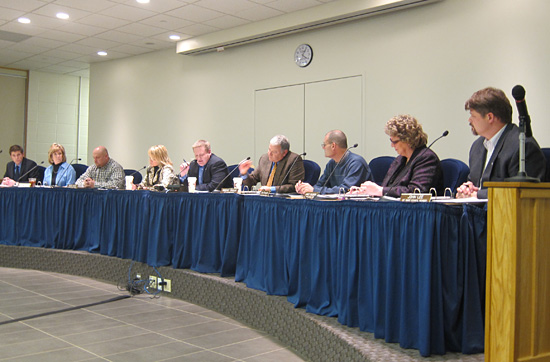 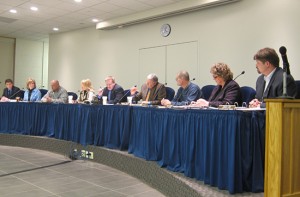 At Tuesday night’s Mason City City Council meeting, Mayor Eric Bookmeyer said that Mason City is on track to become a Blue Zone community and that support for the program is widespread.

“Mason City really has made a tug at these numbers,” Bookmeyer said. “I would encourage everyone to go to bluezonesproject.com … to move us to the next level.”

City Administrator Brent Trout said the project has come a long way in a short time. “With the individuals that have come on board … it is evident that we are on track.”   He said the city’s application is “very strong” and said the business community, schools and media have supported the program.

The council supported the signing of a letter of commitment to the program 6-0.

Bookmeyer made recommendations for appointments to boards.  The council approved 6-0: Scott Tornquist to the North Iowa Landfill Board; Alex Kuhn and Tim Latham to the Environmental Stewardship Advisory Commission and John Lee to the Historic Preservation Commission.