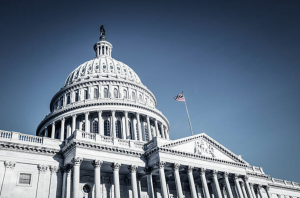 WASHINGTON, D.C. – The U.S. Senate – including Iowa Senators Joni Ernst and Charles Grassley – today mustered 50 votes plus one from Vice President Mike Pence to go ahead with debate on repealing and replacing the Affordable Care Act, also known as Obamacare.

Sen. Chuck Grassley today made the following comment on the motion to proceed to health care legislation expected this afternoon. 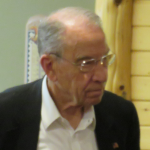 “I’d like to see every Republican senator vote in favor of the motion to proceed. Democrats ought to join the effort, too. By not voting to move to proceed, senators would send the message that Obamacare is fine as it is. We have to be intellectually honest and acknowledge that that’s not the case. Moving to proceed to health care legislation gives all 100 senators the chance to debate the issue and offer their amendments and ideas. Then each senator can decide how to vote, based on the final bill and how it’s amended. The Senate process should have a chance to work for the benefit of the American people.” 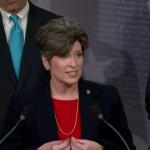 “Today we took a significant step forward and voted to allow the full Senate to begin debate over repealing and replacing ObamaCare.

“For years, I have heard from Iowans who are struggling under the weight of ObamaCare and are looking for affordable, and patient-centered health care solutions. The reality in our state is that continuing the status quo isn’t an option because ObamaCare is unsustainable. Therefore, I will not stand by and do nothing while Iowans in the individual market have seen their choices vanish and will likely see a massive rate increase – all under the weight of ObamaCare.

“This is the long-overdue opportunity we’ve been waiting for to roll back this disastrous law and replace it with affordable, patient-centered solutions for Iowans. As we move forward in the time ahead, I will closely examine the amendments to see how they will affect Iowans’ insurance availability and affordability in 2018 and beyond.”

According to the United States Senate, the motion to proceed to consider is “a motion, usually offered by the majority leader to bring a bill or other measure up for consideration.” 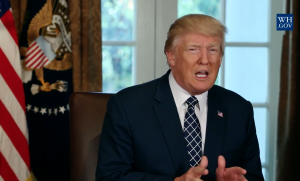 Statement by President Donald J. Trump on the Senate Supporting the Motion to Proceed on Healthcare:

I applaud the Senate for taking a giant step to end the Obamacare nightmare. As this vote shows, inaction is not an option, and now the legislative process can move forward as intended to produce a bill that lowers costs and increases options for all Americans. The Senate must now pass a bill and get it to my desk so we can finally end the Obamacare disaster once and for all.