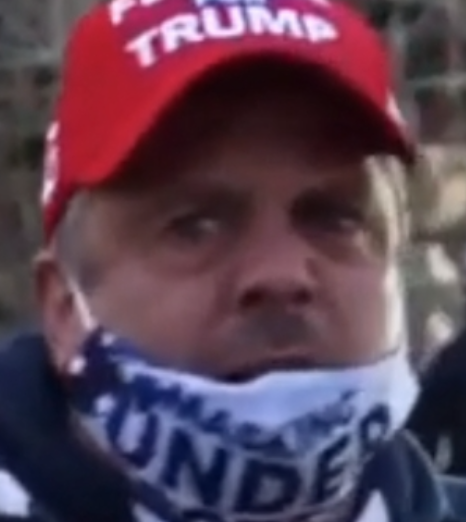 Robert Palmer of Florida may now be thinking to himself, “I should have kept my pasty white butt at home that day.”

WASHINGTON, D.C. – A Florida man who relentlessly attacked cops during his maniacal assault on the Capitol of the United States at the behest of Donald Trump on January 6, 2021, will spend over 5 years in prison.

Robert Palmer thought it would be a grand idea, evidently, to lose his mind and blindly do Donald Trump’s bidding on January 6, 2021, when he went to Washington D.C. to try and overthrow the United States government and attack our Capitol.  He used a wooden plank and a fire extinguisher to attack our brave Capitol police officers, who were trying to defend democracy from the likes of Palmer and other crazies who were whipped into a frenzy by the pied piper himself, charlatan Donald Trump, and his goons, lackeys and sycophants.

U.S. District Judge Tanya Chutkan handed a 63-month sentence to Robert Palmer for assaulting police with a dangerous weapon; this is the longest sentence to date yet for a Capitol insurrectionist.

“I’m really ashamed of what I did,” Palmer told the court, possibly somehow now believing that he did a very stupid thing for no good reason.