CEDAR RAPIDS – As “American school shooting day” already had parents, teachers, students and police jittery from possible violence on Friday due to this evil online phenomena, an Iowa kid brought a loaded gun to his middle school, but school personnel and cops thwarted any violence. 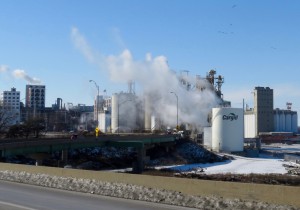 On Friday, December 17th at 11:15a.m. Cedar Rapids Police officers were dispatched to McKinley Middle School at 620 10th St SE.  School officials were alerted by a student that another student had brought a gun to school.  This information led school officials to discover a loaded, small-caliber handgun in a student’s locker.

Officers arrived on scene where school personnel had two students detained. The students were transported to and interviewed at the Cedar Rapids Police Department. Following the interviews, one male student was charged with Carrying a Firearm on School Grounds (Iowa Code sec. 724.4 B ) which is Class-D Felony.  The student was transported to the Linn County Detention Center.

This remains an active investigation.  Investigators will continue to work with the Linn County Attorney’s Office to determine if any additional charges will be filed related to the incident.