On Monday 36-year-old Amy Lee Beedle, formerly of Mason City, was sentenced to prison after plea bargaining to two of four possessions of a controlled substance with intent to deliver charges. In exchange the other two charges were dismissed.

Beedle had been arrested along with fourteen other defendants in July of this year as part of an investigation by the North Iowa Drug Task Force.

The charges stemmed from Beedle’s illegal delivery of the prescription pain medications oxycontin and lortab on four separate occasions between August and October 2010 during controlled buys conducted by the North Iowa Drug Task Force.

Judge James Drew also imposed a suspended two year prison sentence Beedle had received in theft case for violation of probation for dealing the prescription drugs while on probation.

Amy Beedle is currently in the Cerro Gordo County Jail awaiting transport to prison to start her prison sentences. 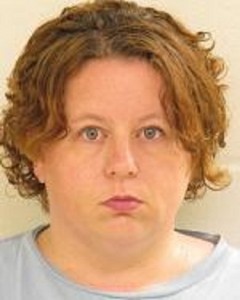