Tyler Konigsmark, age 20, of Cedar Rapids, was convicted of one count of enticement of minors. At the plea hearing and in a plea agreement, Konigsmark admitted that, between April and May of this year, he used Snapchat and his iPhone to request sexually explicit images from three girls, age 12, 13, and 14, who rode on school buses where he was an attendant. He also admitted that, on two occasions, he had sexual intercourse with the 12-year-old girl after he used Snapchat and his cell phone to arrange meetings with her.

This case is being prosecuted by Assistant United States Attorney Mark Tremmel and is being investigated by the Iowa Division of Criminal Investigation, the Hiawatha Police Department, and the Cedar Rapids Police Department. 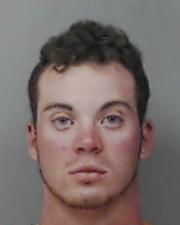