MANCHESTER, IOWA – An Iowa teen who murdered his grandparents two years ago and was sentenced this month to spend the rest of his life behind bars is appealing the sentence.

Isaiah Sweet, age 19, was sentenced to life in prison without parole by Delaware county judge Michael Shubatt for the May 2012 murders of his grandparents, 62-year-old Janet Sweet and 55-year-old Richard Sweet. Autopsies of both persons concluded they were murdered by gunshots.

On Thursday, Sweet filed a notice of appeal of his life sentence, court records show.  Sentencing a juvenile offender to life in prison with no chance for parole is unconstitutional, according to a US Supreme Court ruling.  Only in rare circumstances can that sentence be handed down.  Sweet’s appeal may be based on that ruling.

The sentencing judge said that Sweet is “extremely dangerous”, that the murders were ”cold-blooded” and that Sweet could not be rehabilitated. 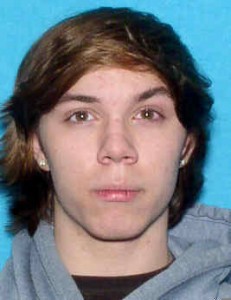