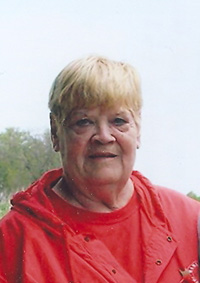 Memorial services will be held 10:30 am, Thursday, December 29, 2011 at Fullerton Funeral Home, 123 2nd ST. SE, Mason City. A gathering for family and friends will be from 4:00 until 8:00 pm Wednesday at the funeral chapel. Officiating will be Dima Krull. Inurnment will be in Elmwood-St. Joseph Cemetery, Mason City. Those planning an expression of sympathy may wish to consider memorials to Jean Howell memorial fund. Condolences may be shared with the family at www.Fullertonfh.com

Jean Louise was born the second child of five, to Edward and Stella Louise (Van Laningham) Tosel in Mason City. She graduated high school in Sedro-Woolley, Washington in 1959. She then attended beauty school at La James College in Mason City. On October 5, 1963 she was united in marriage to John Howell in South Dakota and later divorced. To this union were born two children, Eric and Penny. Jean worked at various jobs in North Iowa, and for 24 years she worked for Libby Owens, and then retired after 10 years with Minnesota Rubber, both of Mason City. She grew up, was baptized and dedicated at the Open Bible Church, in Mason City. During her younger years she loved to swim with her grandchildren at State Park, crocheted, snowmobiled, golfed and spent many nights dancing at the Country Crossroads in Manly. She loved watching and feeding the birds at home.

Her father, Edward in 2011, ex-husband and friend John Howell in 2008, and grandson, Christopher Axiotis in 1999 preceded her in death.

Funeral services will be held at 11:00 am Tuesday, December 27, 2011 at the Rockwell, United Methodist Church. Officiating will be the Rev. John Scherb. Visitation will be from 4 until 8:00 pm Monday at Rockwell United Methodist Church, 303 Monroe St. E, Rockwell, Iowa. Following a lunch at the church, interment will be at Memorial Park Cemetery, Mason City. Those planning an expression of sympathy may wish to consider memorials to the Rockwell Methodist Church. Condolences may be shared with the family at www.Fullertonfh.com

Dorothy Irene Rucker was born on December 17, 1919 and celebrated her 92nd birthday three days prior to her death. She was born in rural Plymouth, Iowa the youngest child of seven to Martin Luther and Hannah Lavonna (Teeple) Rucker. She graduated from Mason City High School with the class of 1938. She was united in marriage to Richard Wallace Thompson in the Mason City United Methodist Parsonage on January 28, 1940, which was a common place for marriages in those days. Dorothy was a very generous lady who expressed her feelings openly and had a strong-willed personality. She tended her yard work, vegetable and flower gardens, along with helping Richard with the farming operation. They enjoyed socializing with friends, playing cards, dancing in the area ballrooms to Big Band Music. She found great entertainment in listening to her brother, Wayne play the piano and sing. She enjoyed attending her children’s activities. Many will remember her cooking, baking, and preparing her families favorites, as well as gathering with family and friends. In their later years Dorothy and Richard traveled and spent 25 winters in Texas. She lived in the Rockwell area most of her life except for three years they lived in Seattle. Dorothy was a faithful member of the Rockwell United Methodist Church, the UMW of the church, Rockwell and the National Tri-T club, and Bath Township Homemakers.

She was preceded in death by her husband Richard in 2007, her parents, three sisters and their spouses Carma (Ed) Muth, Ruth (Raymond “Dick”) Johnson and Velma (Al) Hammond, and three brothers and their spouses Elbert (Marguarite) Rucker, Wilbur “Puddy” (Vera) Rucker and Wayne (Jonni) Rucker. 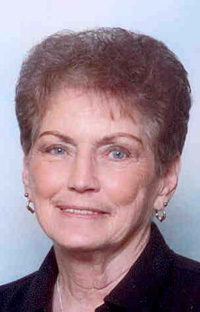 Ima Jean Dixita (Freeseman) Sellers of Charles City died Wednesday evening, December 21, 2011 at the Floyd County Medical Center with her family by her side after a courageous battle with cancer.

At her request, no service will be held; however a Celebration of life gathering will take place from 10:00 am to 12 noon on Friday, December 23, 2011 at Fullerton Hage Funeral Home, 401 Blunt St., Charles City, IA.

Jean Sellers was born January 7, 1938 in Parkersburg, Iowa to William and Evelyn Freeseman. Her parents were dairy farmers in Greene, Iowa for many years, which explains Jeanís love for the outdoors and exemplary work ethic. She graduated from Green High School in 1956. Later she made her home in Charles City, Iowa where she raised her family. Her interests revolved around her family, gardening, baking, and especially helping others, which included the Annual Juvenile Diabetes trail ride pioneered by her brother, Butch Freeeseman. She devoted much of her time and energy as a caregiver to her family members especially her beloved grandchildren.

She was preceded in death by her parents William and Evelyn Freeseman and her brother Gordon Freeseman.

The family wishes to extend special loving thanks to Hospice of North Iowa, Floyd County Medical Center, Pastor Ron Stein and Karen, and Father Carl Ries, along with everyone who offered heartfelt wishes and prayers over the last year. Memorial gifts can be sent to Fullerton Hage Funeral Home.