The following is a list of updates to state programs from the Iowa Democratic Party: 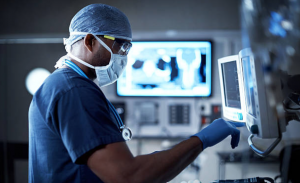 The federal Centers for Medicare & Medicaid Services (CMS) will be sending out new Medicare cards to all enrollees beginning in April of 2018.

The new Medicare card will no longer include Social Security numbers (SSN). Instead, that will be replaced with a unique, randomly-assigned number. The new assigned number will include uppercase letters and numbers. The removal of the SSN is to help prevent fraud and identity theft.

When Medicare enrollees receive the new card in the mail, they will be instructed to safely and securely destroy their current Medicare card and keep their new Medicare number confidential. There will also be a 21-month transition period where doctors, healthcare providers, and suppliers will be able to use either their current SSN-based Medicare number or their new, unique Medicare number, to ease the transition. For more information, please visit: www.cms.gov/newcard.

The U.S. Department of Veterans Affairs (VA) has designated September as Suicide Prevention Month. In 2014, there was an average of 20 suicides per day by service members or veterans. Two-thirds of these deaths were veterans age 50 and older. Female veterans are at a risk for suicide at a rate of 2.4 times higher than their female civilian counterparts.

In response to this crisis, the VA has designated preventing suicide as one of its top priorities. The VA has recently expanded the 24/7 Veterans Crisis Line (VCL), and since its inception, the VCL has answered almost 3 million calls and provided more than 475,000 referrals to a VA Suicide Prevention Coordinator. It has been shown that those veterans or service members who go to the VA for mental health care or reach out to the VCL are less likely to commit suicide than those who don’t.

The VA has also created the #BeThere campaign to spread information about military suicide rates and connect veterans to organizations that can provide help. If you know a veteran who is struggling, call the Veterans Crisis Line at 1-800-273-8255 and press 1.

For more information regarding the #BeThere campaign and the Veterans Crisis Line, please visit: https://www.veteranscrisisline.net/BeThere.aspx.

Iowans Have Opportunity to Give Input on Natural Resource Programs

REAP provides funding for local projects through a grant process. REAP is funded by the state’s Environment First Fund, which provided $12 million this year. Since 1989, more than $330 million has been awarded through REAP to projects focused on water quality, outdoor recreation, and historical resources.

“These meetings are a great opportunity for us to meet with Iowans one-on-one and hear their ideas for their parks, trails, museums and other amenities. Participation from community members is essential for all of us to work together to enhance our recreational opportunities in our state,” said Chuck Gipp, director of the Iowa Department of Natural Resources (DNR).

The meetings are held at 6:30 pm in the communities listed below. Meetings last approximately 90 minutes. Additional information on REAP can be found at http://www.iowadnr.gov/Conservation/REAP and additional information the REAP Assemblies can be found at http://www.iowadnr.gov/Conservation/REAP/REAP-Public-Participation/REAP-Regional-Assemblies.

Iowa Attorney General Tom Miller has opened an investigation into Equifax Inc. after the credit reporting company notified the Consumer Protection Division that nearly 1.1 million Iowans are affected by the massive data breach. Nationwide, the breach exposed the personal information of $143 million consumers.

The Equifax data breach included Social Security numbers, birth dates, addresses and, in some cases, driver’s license numbers and credit card numbers. The company disclosed that the breach occurred between mid-May through June, and that so far it has not found evidence of unauthorized activity.

Regardless of whether a consumer’s information was exposed in the breach, Equifax is offering free credit report monitoring for one year. Consumers can enroll through November 21 for “TrustedID Premier” monitoring at www.equifaxsecurity2017.com.

Consumers with questions can also call an Equifax breach call center at 866-447-7559 from 6 a.m. to midnight, Central time.

The Iowa Department of Transportation (DOT) commission has approved the funding of 60 new vehicles for the state’s public transit system to replace older vehicles that are past their useful life. The $6.8 million in funding comes from federal grant programs: the Federal Transit Administrative and Bus Facilities Formula Program and the Congestion Mitigation and Air Quality Improvement Program. Iowa relies on these federal grant programs to maintain operable public transit vehicles.

The replacement vehicles were approved for 19 separate rural and urban transit systems. The complete list of funded vehicles can be found at https://iowadot.gov/transit/funding/FFY2017TransitProgram.pdf.

The Commission also approved $2.6 million in funding for rail infrastructure and development projects for three projects across the state. The funding comes from the Railroad Revolving Loan and Grant Program. The projects are expected to help with the creation and retention of 105 jobs over the next three to five years.

After more than a year of development, feedback, focus groups and revisions, Iowa has submitted its plan to the U.S. Department of Education to meet the requirements of the federal Every Student Succeeds Act (ESSA). ESSA maintains the former No Child Left Behind Act’s accountability, but with less mandates, and shifts the decision-making process back to states and local school districts.

States must set long-term goals for proficiency in reading and math, graduation rates, and English Language Proficiency. Iowa’s goals are based on the Iowa Assessments, which students will take for the last time in the 2017-18 school year. Proficiency goals will change after Iowa chooses a new state assessment for 2018-19 as directed by the Legislature.

Iowa’s goals through ESSA include the following:

English language proficiency: Five-point increase in the percentage of English learners who are proficient within five years.

Through the plan, Iowa will also provide support to schools for students in foster care, and who are homeless, migratory, military connected, or neglected and delinquent. An annual audit of school districts and accredited nonpublic schools will identify schools in need of action plans, tools and resources.