CEDAR RAPIDS – A Waterloo man got the maximum allowable sentence after he illegally possessed a gun he used to shoot a minor.

Eric Cortez Sallis, age 27, from Waterloo, Iowa received the 10-year prison term after a July 14, 2017, guilty plea to possessing a firearm and ammunition as a felon.

At the guilty plea, Sallis admitted that on December 10, 2016, he illegally possessed a loaded Sig Sauer 9mm handgun. Police located the gun during a search of an apartment in Waterloo. Evidence at the sentencing hearing established that Sallis had shot another person on November 27, 2016. On that day, while at a residence in Waterloo, Sallis confronted a 17 year-old boy. During the confrontation, Sallis shot the boy three times. The victim was taken to Allen Memorial Hospital and treated for gunshot wounds. Law enforcement examined the gun that police seized on December 10 and determined it was the gun used in the shooting. Sallis admitted to shooting the victim at the sentencing hearing.

Sallis was sentenced in Cedar Rapids by United States District Court Judge Linda R. Reade. Sallis was sentenced to 120 months’ imprisonment. He must also serve a three-year term of supervised release after the prison term. There is no parole in the federal system.

Sallis is being held in the United States Marshal’s custody until he can be transported to a federal prison.

The case was prosecuted by Assistant United States Attorney Lisa C. Williams and was investigated by a Federal Task Force composed of the Waterloo Police Department, Federal Bureau of Investigation, and Bureau of Alcohol Tobacco and Firearms assisted by the Black Hawk County Sheriff’s Office and Cedar Falls Police Department. 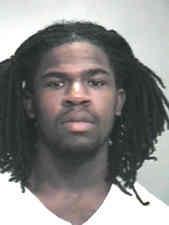