MASON CITY – A cattle owner dealt with a tense situation Thursday of this past week as heavy rains led to flooding of a pasture where his cows were grazing.

Paul Harris, whose cattle graze in a pasture along at the 1300 block of 12th Street and North Pierce Avenue, was concerned about them early Thursday afternoon as waters rose and more rain was on the way.  He watched the cows nervously and called for help.

The herd was knee high in standing water in the middle of the pasture. Paul was especially concerned because one of his cows had just had twins.

Pail said he was waiting for two men, Brad and Brian, to lend a hand.

“We’ll see what we can do, we’ll get them. I got to have them moved by tonight because it’s supposed to rain again. Right now with the warmer temperature, they like standing in the water. They don’t want to go across the river.

“You see what happened, like I was telling the boys, is the southern part of the county got a lot rain. We live on Briarstone and that little lake across is almost up to the road. It is coming so heavy from the south, normally it comes from the north, and so it’s dumping into the Winnebago and it’s backing up in here.”

Paul and his family, with their quick action, got the cattle on safer ground within the hour. 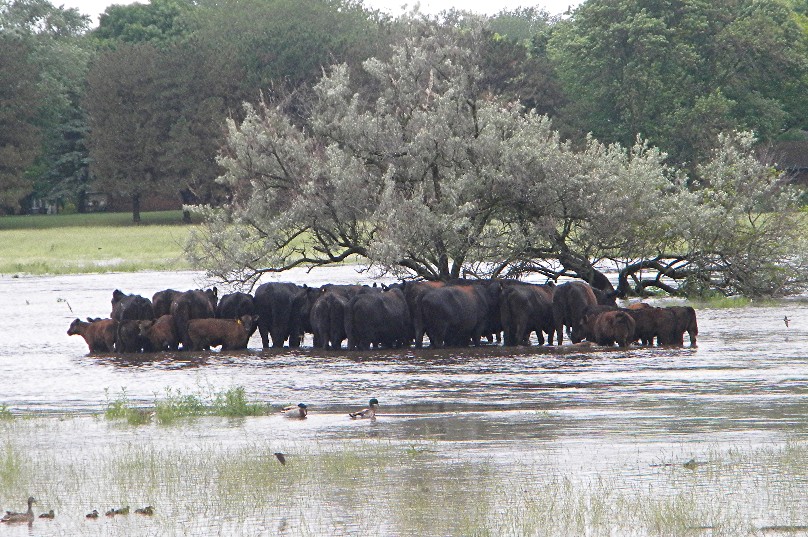 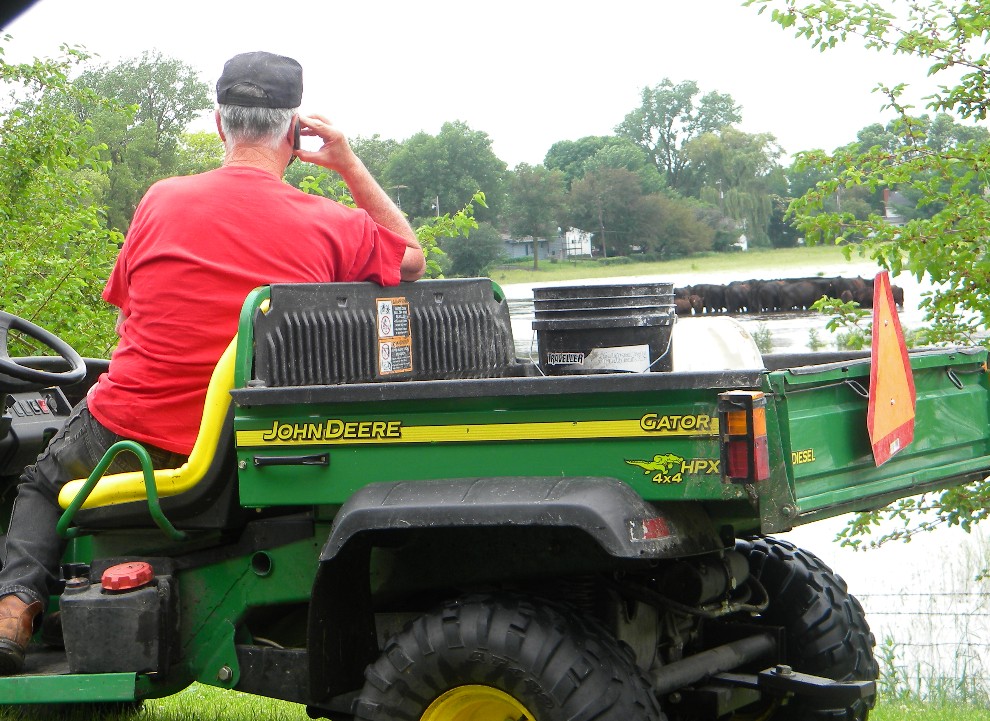 Paul Harris making arrangements to help the cows and calves

One Response to Cattle owner battles rains, flood to get cows to safe ground