CHARLES CITY – A Charles City man accused of felony theft who then took a plea deal to a lesser charge was arrested by police for domestic assault.

Amir Aghaei, age 26 of Charles City, was accused by Charles City police of felony second-degree theft for a crime that took place on May 26, 2016. In a plea deal struck earlier this year, he pled guilty to a lesser charge of fourth-degree theft and driving while barred. He was sentenced to two 10-day jail sentences to be served concurrently and put on probation for a year.

Aghaei now stands accused of violating his probation. On July 4, officers with the Charles City police department arrested him in the 500 block of 8th Avenue for domestic abuse assault and false imprisonment.

He will face a hearing later this month. 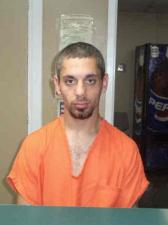