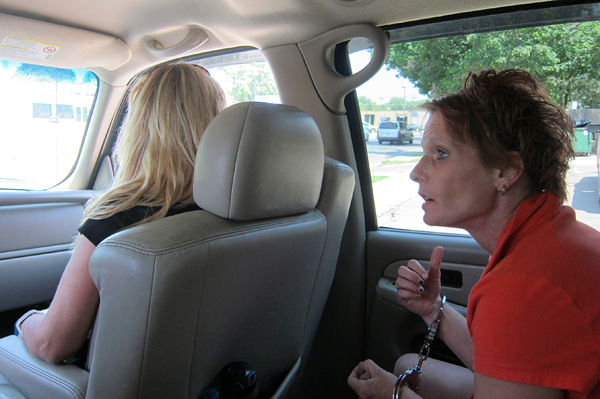 MASON CITY – April Lalor may not have had a clue who she was messing with.

Lalor, 37, was out of jail on bond Thursday when her bail bondsmen, Monte and LeeAnn Mosher with M&M Bail Bonds came knocking. “She’s been revoked on her bond for non-compliance,” LeeAnn said. “We are going to look for her and take her in.”

The Moshers, newly-relocated back to North Iowa last January after some time in San Antonio, are fairly new to the bail bondsman profession. After answering an online ad, they started M&M Bail Bonds in February. They say the business has been a big success and that they currently have 60 people they have posted bond for that are actively out of jail. 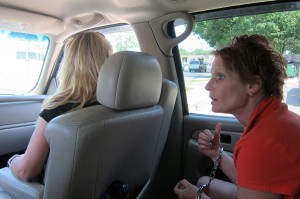 After Thursday, make that 59, as they went on the hunt for Lalor, out on $4,000 bond. She was busted by Mason City police on June 19 and charged with third degree theft. M&M bonded her out the next day, but she has failed to keep in touch with the Moshers, so they revoked her bond and set out Thursday to bring her back to jail.

(PHOTO: On the way to jail, April Lalor explains to the Moshers why she neglected to keep in contact with them after they had posted bond for her.)

After searching first at Lalor’s daughter’s residence, where she was supposed to be, the Moshers caught up with her a couple blocks away at another location on the 300 block of West State Street.  After allowing her to say a few goodbyes, Lalor was cuffed and taken to the Cerro Gordo County Jail.

Watch video of the search and arrest: 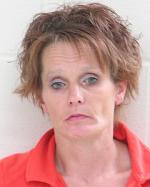