Microwave likely cause of house filling with smoke Tuesday 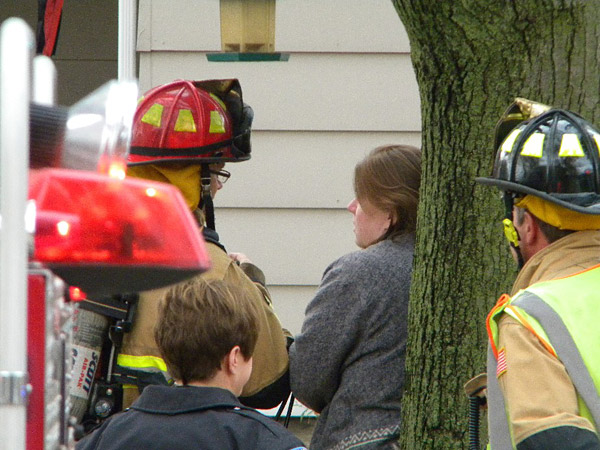 MASON CITY – Around 4:00 pm Tuesday, a call to the Mason City Fire Department reported smoke coming out of a house at 816 South Massachusetts.

Upon arrival at that location, firefighters were investigating the cause of the smoke.

“They’re guessing that it was the microwave,” said Kim Prelip, resident of the home. “There was no open flames, but a lot of smoke.”

The firefighters removed the microwave and advised to keep the windows open to air out the house.

“There was smoke everywhere. It was by the electrical stuff,” said six year-old Conner Prelip, Kim’s son.

“It could have been worse, a lot worse,” explained Kim. “I didn’t even have supper in the microwave for two minutes before the house was filled with smoke. The microwave was here when I moved in, so I don’t know how old it is. I was told that the smell will hang around awhile, but there wasn’t any smoke damage and the electrical outlet wasn’t damaged.”

The cats and their dog, Amos, were all okay. “But Supper is ruined,” said Kim.

The U.S. Fire Administration reported today the top cause of fires in the home is cooking equipment.  “Six people die every day in home fires,” said a U.S. Consumer Product Safety Commission (CPSC) spokesperson.  You can read more about that report here.