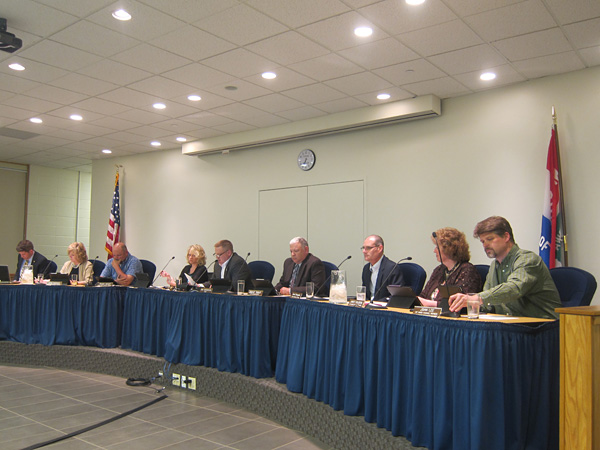 MASON CITY – A source Wednesday morning indicated that the Globe Gazette is making phone calls to business owners that are participating in the Micro-Enterprise program.

To date, only a handful of businesses have participated in the program, which was unanimously approved by the City Council early in 2012.  The program was highly-touted by Mayor Eric Bookmeyer and all six council members.

NorthIowaToday.com has already reported that funds from the program may have been misused by one participating business – Roller City, owned by Tyler Anderson – who purchased t-shirts, candy bars and junk food (inventory) for re-sell and also spent hundreds of dollars with a Forest City business, which is a violation of the terms of the Micro-Enterprise agreement.  Mr. Anderson refused comment on the matter, despite attempts by NIT to contact him.

Now, Wednesday morning, a local business owner who has taken Micro-Enterprise dollars called the NIT newsroom and indicated that a Globe Gazette reporter named John had called and started asking questions like “how do you like the Micro-Enterprise program?”  The business’s owner indicated (they) wanted no part of the Globe’s story and asked advice on what to tell the Globe reporter.

The Micro-Enterprise program is funded with taxpayer dollars from the citizens of Mason City as a partnership with NIACC’s Pappajohn Center.  Some say it is “extremely unfair” for the taxpayers to literally, in some cases, pay for or fund their own competition, as many Mason City citizens own their own businesses and pay out of their own pockets for the goods or other items they sell to customers.

One Mason City business owner said “I’d like the people of Mason City to buy my inventory and stuff I got for sale, too, but I don’t qualify for Micro-Enterprise.  Why am I paying for someone else’s inventory?”

NorthIowaToday.com sought feedback from Mayor Bookmeyer and all six City Council members on the Micro-Enterprise program weeks ago.  NIT’s questions were almost entirely ignored by these elected officials.  Council members Travis Hickey and Alex Kuhn promised to look into the matter when told in person about the questionable use of taxpayer dollars.  They never responded nor offered any feedback of any kind.

Council member John Lee told NIT that he asked for “a special presentation of the MicroEnterprise program at a council (meeting) in August. I asked for specifics to whom is involved in the program, how much each have received, etc. I will let you know if I hear back about it and when it may be on the council meeting.”

The item was not on the August 6th council agenda; there is only one more meeting in August.  Lee has not yet responded with any other feedback.

NIT has learned that another business which took Micro-Enterprise dollars spent thousands of taxpayer dollars on a new sidewalk and driveway for her business, only to quit a few months later and put the property up for sale.

A political insider told NIT Wednesday that the Globe Gazette wants to “undo what NIT did, which is begin to prove how unfair the Micro-Enterprise is to the rest of the taxpayers, that it does absolutely nothing to improve the economic climate in the city, and that on top of that, the funds are being used in a questionable way.  The Globe wants to protect Bookmeyer and the council by finding something positive and spinning it.”

More to come on this developing story.