ATLANTIC, IA – An Iowa woman is facing drunk driving and child endangerment charges after police pulled her car over in this southwest Iowa county.

Ewing still owes nearly $1000.00 to Iowa court for a 2012 charge of habitually driving while barred. 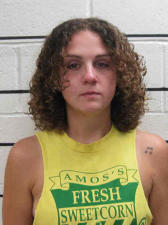