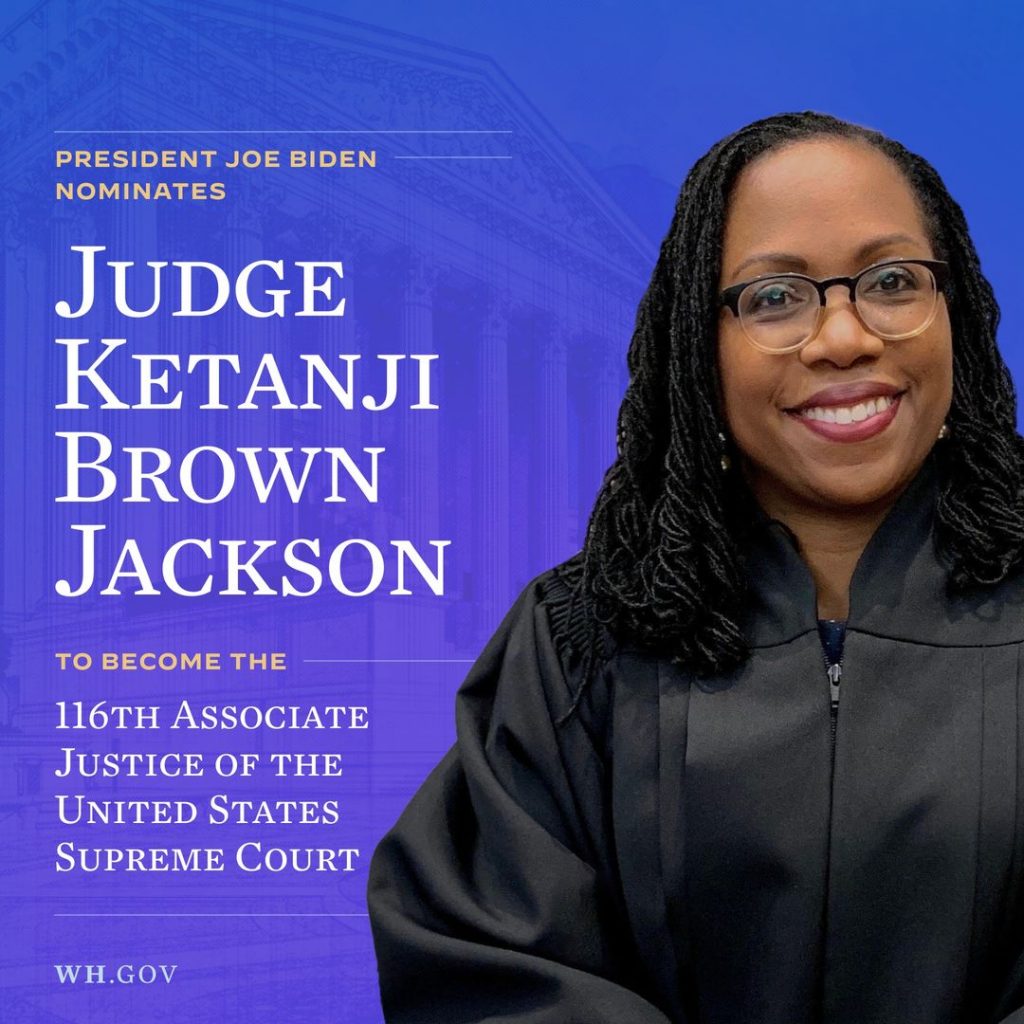 Currently serving on the U.S. Court of Appeals for the D.C. Circuit, “she is one of our nation’s brightest legal minds and will be an exceptional Justice,” President Biden said.

Since Justice Stephen Breyer announced his retirement, President Biden has conducted a rigorous process to identify his replacement. President Biden sought a candidate with exceptional credentials, unimpeachable character, and unwavering dedication to the rule of law. And the President sought an individual who is committed to equal justice under the law and who understands the profound impact that the Supreme Court’s decisions have on the lives of the American people.

That is why the President nominated Judge Ketanji Brown Jackson to serve as the next Justice on the Supreme Court. Judge Jackson is one of our nation’s brightest legal minds and has an unusual breadth of experience in our legal system, giving her the perspective to be an exceptional Justice.

Judge Jackson was born in Washington, DC and grew up in Miami, Florida. Her parents attended segregated primary schools, then attended historically black colleges and universities. Both started their careers as public school teachers and became leaders and administrators in the Miami-Dade Public School System. When Judge Jackson was in preschool, her father attended law school. In a 2017 lecture, Judge Jackson traced her love of the law back to sitting next to her father in their apartment as he tackled his law school homework—reading cases and preparing for Socratic questioning—while she undertook her preschool homework—coloring books.

Judge Jackson lives with her husband, Patrick, and their two daughters, in Washington, DC.