The convictions announced today are separate from and in addition to any and all charges the State of Minnesota has brought against these former officers related to the death of Mr. Floyd. The federal charges addressed civil rights offenses that criminalize violations of the U.S. Constitution.

“Today’s verdict recognizes that two police officers violated the Constitution by failing to intervene to stop another officer from killing George Floyd, and three officers violated the Constitution by failing to provide aid to Mr. Floyd in time to prevent his death,” said Attorney General Merrick B. Garland. “The Justice Department will continue to seek accountability for law enforcement officers whose actions, or failure to act, violate their constitutional duty to protect the civil rights of our citizens. George Floyd should be alive today.”

Co-defendant Derek Chauvin previously entered a guilty plea in connection with the federal case. Chauvin pleaded guilty to willfully depriving Mr. Floyd of his constitutional rights while Chauvin was serving as an MPD officer. Chauvin also acknowledged that his conduct resulted in death and that he acted in callous and wanton disregard of the consequences to Mr. Floyd’s life. In addition, Chauvin was tried in state court and convicted of second-degree murder. In 2021, Chauvin was sentenced in state court to 22.5 years in prison.

Evidence presented at the federal trial for defendants Thao, Kueng and Lane established that on May 25, 2020, then-MPD Officer Chauvin held his knees on Mr. Floyd’s neck and back as Mr. Floyd lay on the ground, handcuffed and unresisting. As soon as Mr. Floyd was on the ground, Chauvin placed his knee on the back of Mr. Floyd’s neck, while Kueng placed his knee on Floyd’s lower body. Chauvin would not remove his knee for the next nine minutes and 29 seconds, and Kueng maintained his position for the next eight minutes and 11 seconds. Throughout this period, Mr. Floyd pleaded with officers 25 times to let him breathe.

As Mr. Floyd lost consciousness and a pulse, Chauvin and Kueng maintained their positions on his body. Even as Mr. Floyd ceased movement and stopped speaking, and even as Lane noted that Mr. Floyd was “passing out” and Kueng said he could not find a pulse, none of the CPR-certified defendants did anything to stop Chauvin from keeping his knee on Mr. Floyd’s neck or to render the medical aid that they were trained and required to provide. Even as EMTs arrived and checked Mr. Floyd’s pupils and pulse, Chauvin did not move his knee and the other officers on scene did not render aid to Mr. Floyd.

Firefighters and EMTs unsuccessfully attempted to revive Mr. Floyd on the way to the hospital, where he was pronounced dead. The county medical examiner ruled Mr. Floyd’s death was a homicide due to cardiopulmonary arrest complicating law enforcement subdual, restraint and neck compression.

After the incident, an MPD supervisor and, later, an MPD lieutenant, spoke with Lane and Kueng. On both occasions, Lane and Kueng both omitted that Chauvin had knelt on Mr. Floyd’s neck, that Mr. Floyd had been restrained on his stomach for nine and a half minutes, that Mr. Floyd had lost consciousness, and that officers had not been able to find a pulse. Additionally, Kueng told the supervisor that Mr. Floyd did not stop moving until after an ambulance arrived on scene, which he admitted at trial was false. At trial, the MPD lieutenant testified that, after watching video taken by a bystander, he realized that what he was told and what was on the video was “totally different.” He further testified that if an MPD officer observed another officer using too much force or doing something illegal, the officer has a duty to intervene to stop it, regardless of rank or seniority. Testimony offered at trial established that this duty to intervene is enshrined in MPD policy and is a component of the police department’s training program.

Evidence presented at trial also showed that MPD officers were required to complete emergency medical responder (EMR) training prior to entering the police academy, which includes CPR training. Further, MPD policy requires officers to determine if a subject is injured after a use of force and to render medical aid as soon as reasonably practical and requires officers assisting a person experiencing a medical crisis to provide first aid while awaiting EMS.

The jury found that the defendants disregarded this training and willfully violated Mr. Floyd’s constitutional rights. Kueng and Thao failed to intervene to stop Chauvin’s use of unlawful force and all three defendants failed to provide aid to Mr. Floyd as he suffered a medical emergency at the hands of a fellow police officer.

The jury found that the defendants disregarded this training and willfully violated Mr. Floyd’s constitutional rights. Kueng and Thao failed to intervene to stop Chauvin’s use of unlawful force and all three defendants failed to provide aid to Mr. Floyd as he suffered a medical emergency at the hands of a fellow police officer.

No sentencing date has been set. The statutory maximum sentence for the death-resulting violation of Section 242 is life in prison.

The investigation was conducted by the FBI with the cooperation of the Minnesota Bureau of Criminal Apprehension. The case is being prosecuted by Special Litigation Counsel Samantha Trepel and Trial Attorney Tara Allison of the Justice Department’s Civil Rights Division, and Assistant U.S. Attorneys Samantha Bates, LeeAnn Bell, Evan Gilead, Manda Sertich and Allen Slaughter of the District of Minnesota. 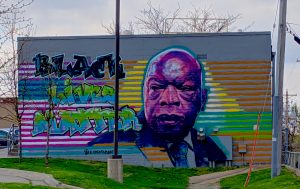