This news story was published on March 14, 2016.
Advertise on NIT • Subscribe to NIT

Center row of parking at the public lot west of city hall.
It’s been two long years since the city declared a hotel would be built here. Not a speck of dust has been moved in construction, since, even though the Globe Gazette and KIMT reported ground would be broken in April of 2014.

MASON CITY – The citizens of Mason City will pony up millions to make the proposed 5-project downtown hotel-arena development happen, and possible state money up to $10 million is at risk even if the state approves the funds.

City officials are breathlessly pursuing a much-publicized downtown redevelopment plan for Mason City, costing an estimated $36 million in the 5 projects in the development.  Elected officials – with councilman Alex Kuhn and Mayor Eric Bookmeyer leading the charge – repeatedly say the public is not at risk for expense for this project.

The truth is, the citizens will pay millions for the development and could be at risk for millions more.

Case in point number one.  The city recently applied for $10 million in state funding to go toward the downtown reinvestment district that includes 5 projects: A hotel, an ice arena, a parking ramp, a music pavilion and a mixed-use building (see below for more information on each project).  Many folks are under the assumption that the $10 million is a free handout to the city and makes the development less-risky.

However, a state official tells NIT that it is not as simple as described to the public how the possible $10 million from the state gets back to Mason City.  It works like this: Once the city collects sales tax from businesses included in the redevelopment district, the city submits a report and the state sends the money back to city hall.

This is where the pitfalls begin.  As it turns out, even if the state approves the city’s application for the full $10 million in funds, the state does not simply (immediately) hand over $10 million to put toward the $36 million development.  In reality, the city must collect all $10 million of these funds in sales tax, first.  This is the risky part because, first, the city must begin collecting this sales tax, which could take an indeterminate amount of time (a 20 year cap).  Second, if the reinvestment district does not perform well economically, that $10 million in sales tax may never be collected.  It could be just a fraction of the $10 million.  Third, the city has up to 20 years to collect these sales taxes – meaning the payback could take that long – if it ever materializes at all.  Kuhn, Bookmeyer, and the other city officials are banking that this gamble pays the city back.  Is $10 million worth the same in 20 years as it is today?

Case in point number two. The city has already approved $18.75 million in general obligation bonds connected to this project. NIT previously reported that those bonds would cost taxpayers $8 million in interest over the life of the bonds if and when they are issued, which the city would then be required to pay back. In addition, the cost to taxpayers to issue the bonds would be about $20,000.  Citizens of Mason City will also be “donating” $135,000 of city-owned land (parking lot) to the developer of the proposed Marriott Hotel.

Case in point number 3.  The man the city has chosen to partner with in this development deal, developer Philip Chodur, is currently suing the city of Vista, California, for a downtown development deal that went wrong. He lists his office with the state of California as located in a trailer park.  According to the San Diego Tribune, Chodur’s G8 Development Inc. is suing the city of Vista after a downtown development deal fell through. The Tribune wrote that in the lawsuit, “G8 Development Inc. accuses Vista of moving the goal line by changing the project requirements — such as demanding more parking — two years after the initial development agreement was reached in 2008.” The article doesn’t spell out how much money Chodur wants to wring out of Vista, but says “in April, the city rejected a more than $3 million claim filed by G8”.  Again, Bookmeyer and Kuhn are gambling that Chodur will follow through with his commitment and never sue the city of Mason City. 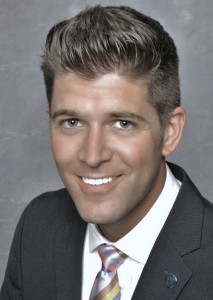 Case in point number four.  There are many unknowns connected to the ice arena to be built in Southbridge Mall.  Owned by US Bank, a $12.5 million investment is going into this structure to build this area. The bank gets a huge upgrade in property value.  As described to NIT, the city then leases the arena back from the owner of the mall.  However, NIT is told that US Bank either 1) has no interest in a long-term lease with the city and ownership of the mall and 2) cannot legally enter into such an agreement.  Kuhn and Bookmeyer refuse to answer questions in connection to this.  Some are saying that the city of Mason City itself intends to actually buy the mall from the bank, in some way.  Again, city officials will not specify how this would or could happen or how it would affect the project.  Some speculate on the outcome should US Bank sell the mall to a third party down the road, should it somehow continue to own and lease the mall back to the city.

Case in point number five.  There are other various monies included in the city’s application to the state that show it is depending on dollars that come directly or indirectly from citizens of Mason City.  For example, Cerro Gordo county is giving $500,000 to the development.  Of course, Mason City citizens pay taxes to the county.  Other donations totaling hundreds of thousands of dollars are included in the city’s figures, such as dollars raised privately from the likes of a local hockey club or other “potential private funding” sources.  In addition, the multi-million dollar parking ramp poses costs to taxpayers.  It will first be owned by the city when completed – but will later be gifted back to Philip Chodur and he will then own it.  Also, city officials tell NIT that “People that work or live downtown will be able to lease spots in the new structure for a rate of between $75.00 to $100.00 per month.”  The current public lot at this location is free of charge. 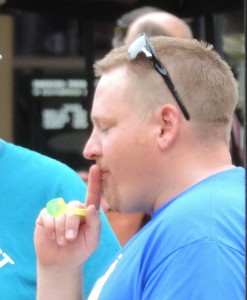 All this being said, should the development go through to completion and run like a well-oiled machine as elected officials imagine, taxpayers shouldn’t be in much trouble.  But, as Alex Kuhn has admitted, the mind-numbing “moving parts” involved in this project raise countless unknowns and potential pitfalls to the people of Mason City.  No risk = no reward, proponents of the development say.

From the city’s application to the state for $10 million:

Provide a description of how the state assistance will be used within the Reinvestment District, and identify the gap in financing needed to complete the proposed projects in the district.

Costs and funding sources detailed below are based on currently available data. A more thorough analysis of total costs and funding sources is expected if this pre-application is chosen for a final application. The state assistance will be used in the Reinvestment District to fund the building of four of the five projects (the Federal Avenue Lofts Building will be completely funded from private sources).

1) Central Park Hotel: This 96-room hotel project (to be branded as a Courtyard by Marriott) includes a convention center to host small to medium-sized overnight conventions. The estimated total cost of the project is $11,437,135. The majority of the project is proposed to be privately funded by an equity investment and a mortgage loan to the developer in the amount of $11,302,135. The remaining $135,000 will be in the form of a donation of the City-owned land to the developer.

2) Downtown Parking Garage: The structure will provide parking spaces to support the guests of the hotel and conference center, downtown residents and downtown shoppers. The structure will also support employees of the City and downtown businesses in a limited capacity. The estimated total cost of the parking structure is $4,556,200. The City will fund this construction with Tax Increment Financing in the amount of $1,106,200. This leaves a gap of $3,450,000 to be funded with the Reinvestment District grant.

3) Performing Arts Pavilion: This venue will draw shoppers and diners to the downtown neighborhood. The estimated total cost of the Pavilion is $1,650,000. Funding sources may include private donations depending on the structure of final lease arrangements between the participating parties. Potential private funding is estimated to be around $200,000. This leaves a gap of $1,450,000 that will be funded with the Reinvestment District grant.

4) Multi-Purpose Arena: The 2,400-seat arena will host hockey, other sporting events, small-scale trade shows and similar. An arena of this size will have a regional draw, bringing more people to downtown. The estimated total cost of the Multi-Purpose Arena is $12,550,000. Funding will come from local option sales taxes, TIF, the North Iowa Hockey Club, Cerro Gordo County, and private donations. Funding from these sources is estimated to be $7,650,000. The $4,900,000 gap will be funded with the Reinvestment District grant.