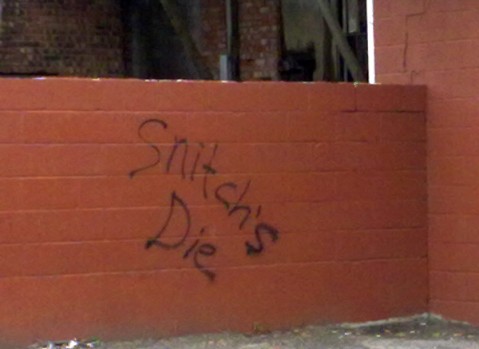 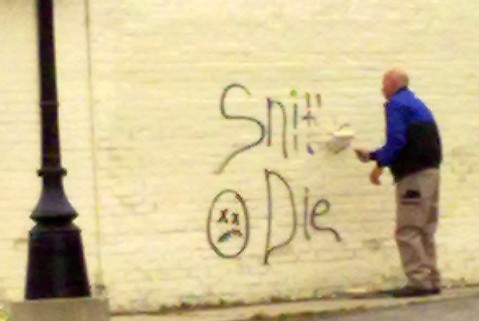 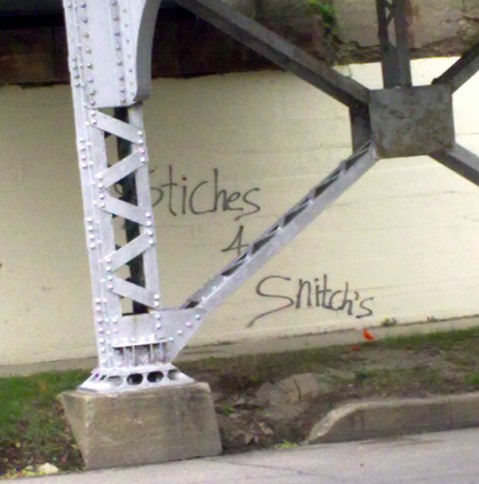 MASON CITY – In the wake of Saturday’s murder on East State Street, graffiti is showing up around town with a sinister message:

One spray-painted message says: “Snitch’s Die.” That was scrolled onto the building located at 606 East State Street.  A man was hurriedly covering it up Monday morning.

Another message at a separate location says the same thing.  That message was left behind Alley Katz bar on North Federal Avenue.

Still another message said “Stiches 4 Snitch’s.”  That one was left at the East State Street underpass. 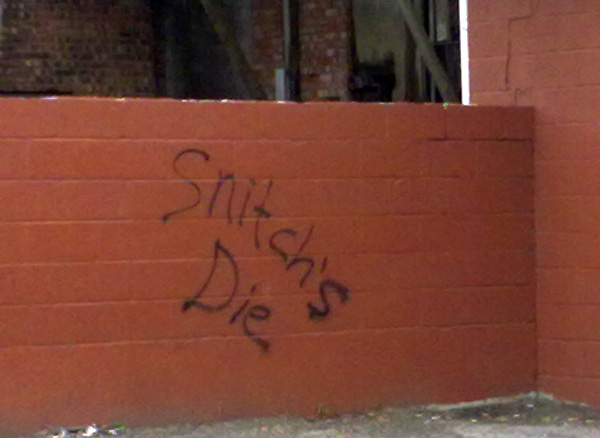 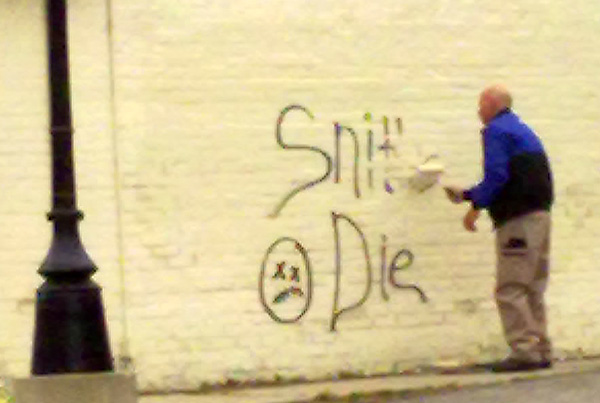 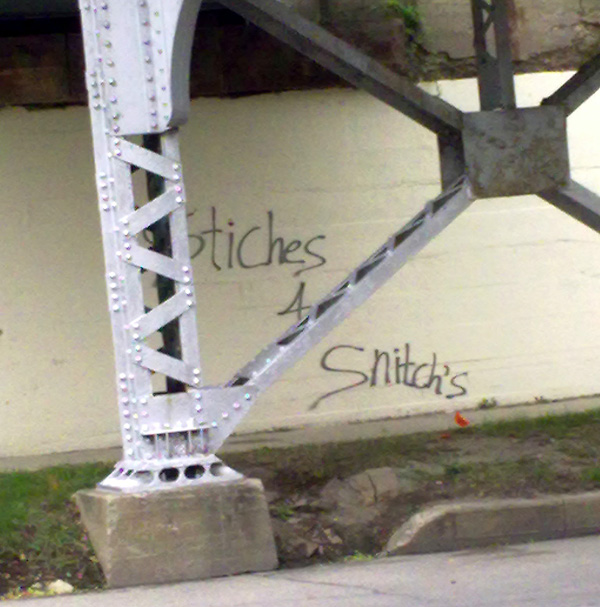 48 Responses to Ominous graffiti showing up in Mason City