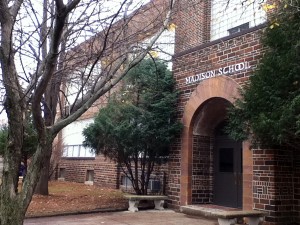 MASON CITY – On Friday afternoon of April 13th at 2:25 pm, Mason City police responded to a report of a stolen cell phone at Madison School.

“A student reported an electronic device stolen,” a message from the Mason City School District stated.  The message said the device was taken from an “unsecured area” during physical education class.

“In our efforts to recover the device and to find the person responsible, we investigated the situation thoroughly,” the message from the school district said.  “Our efforts involved interviewing individual students, searching the building, trash bins, restrooms, recycle bins, unlocked lockers, school grounds, etc.”

Mason City police were called and an unannounced locker clean out was conducted.  A theft report was filed.

“Mason City Police had 3-4 officers in the building to assist with our investigation,” the message continued.

The message was sent to parents “to dispel any rumors that may have been generated due to the presence of multiple police officers in the building.”

The device was not located.