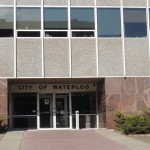 WATERLOO – A woman was found dead and police in Waterloo are looking for answers.

Waterloo police said Thursday that they received a report on the afternoon of Sunday, March 23 of a possible deceased person in the area of the 900 block of Ricker Street.

Police responded to the scene and located a female who was later identified as 53-year-old Sharon Creighton of Waterloo. Creighton was determined to be deceased at the scene. Creighton had been reported as missing earlier that day.

Earlier this week, an autopsy was performed by the State Medical Examiner’s Office in Ankeny. The preliminary investigation and autopsy results indicate no signs of foul play.