Todd Aaron Howard Hamilton Sutton, Jr., age 23, was stopped by a Cerro Gordo deputy on December 23 just before 9 PM near 5th Street SW and Adams Avenue. He was arrested on an undisclosed drug charge and traffic violations.

Sutton was charged with fifth degree theft after an incident on November 10 at a Mason City business. He is now awaiting a non-jury trial January 9, 2015.

Sutton was charged with fourth degree theft after an incident on November 28. Loss prevention at the Mason City Wal-Mart had Sutton detained at the store and police were called to make the arrest. He is now awaiting an arraignment in that case on January 5, 2015.

He was also convicted of lying to a police officer and driving while barred in 2011 after he was stopped by the Laurens police department in Pocahontas county.

Sutton has displayed violent tendencies. He was convicted of assault causing bodily injury in 2012 as well as assault in 2013 in Buena Vista county. 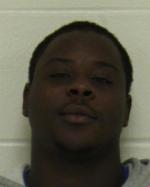