Floyd Co. Sheriff, others sound off on section 8 housing controversy in Charles City

CHARLES CITY – Many in Charles City have questioned a long-rumored practice by city government of attempting to entice big city dwellers to move to town.

Like many small communities, Charles City has seen populations dwindle, school enrollments level off or decline, and vitality grind to a standstill (See: Mason City, Iowa).

Charles City has seen an influx of folks come to town from the Chicago area and other major metro areas.  Many say they bring their big-city problems with them.  Most of these folks end up in cheap housing units, somewhat congregated together.  Police sometimes have their hands full dealing with the issues that come with the culture clash.

The section 8 program in Charles City is described as “designed to provide low-income individuals and families with rental assistance to enable them to secure decent, safe, and sanitary housing.”

In Charles City, a resident recently posted to social media a legal notice from the local newspaper about ads paid for in the Chicago Tribune by the city of Charles City.  The payment from the city was for $225.26.

The post – and accompanying scanned legal notice with it – brought several comments from local citizens.  Most notably, Floyd County Sheriff Rick Lynch expounded on the issue of section 8 housing.

“I’ve heard our government runs ads about coming to Charles City, Ia to live. If this is TRUE it’s wrong. Section “8” has a PURPOSE and a REASON which I support, but recruiting section “8” people to our city is very wrong! Why, because they can ran all the backgrounds they want on the applicants, but they don’t take into account the “TAG” along people who follow them here. The “TAG” along people are the ones who are causing the problems and they have long violent/drug criminal histories and basically serve no creditable purpose in society, because all they know is the criminal culture. [sic]”

Another person – Anne Marie Kuehn Sherman, who claims to work in the Floyd County Sheriff’s Office – remarked that “The other day a Guy and his babies Momma came into the office and both wanted Permits to Buy Guns. The Guy took off and said he needed to get money. “He Ran” Turns out he was Wanted in Chicago and is considered Armed and Dangerous. Well, he can get a Gun now…. because his Girlfriend passed the Criminal History Check and walked out with the permit. This happens more often than people know!!! This Scares me. [sic]”

Sheriff Lynch also said that “Ya I’ve been told by several in my jail that they had saw the advertisement in Chicago from C.C., Iowa. Now wouldn’t a business be a better way to entice people to come to C.C. then section “8” people from Illinois. Don’t get me wrong there is a purpose for Section “8” but to spend tax payers money in this way is not right. Sorry just my opinion. [sic]” 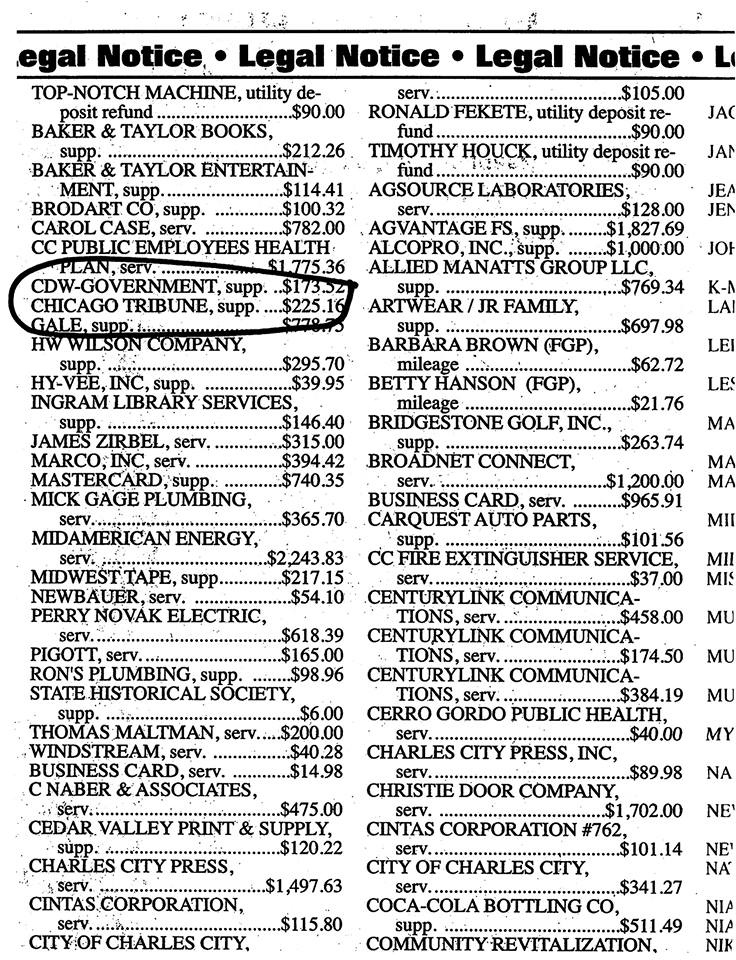 16 Responses to Floyd Co. Sheriff, others sound off on section 8 housing controversy in Charles City