Iowa Pharmacy Board says it lacks authority to regulate marijuana 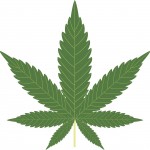 DES MOINES – The Iowa Pharmacy Board deferred to the Iowa legislature Thursday on the issue of regulating medical marijuana, saying it lacks the power to regulate marijuana growers and doctors who would prescribe the drug.

According to meeting minutes, the board expressed its sympathies to Iowans who want to use the drug to relieve pain, but denied to go so far as to allow doctors to write prescriptions for its use or put together a program for medical marijuana use.

The board was acting on a request from Maria LaFrance, who wants to give her son medical cannabis to treat his epilepsy.  The board said that it has received “numerous requests” to establish a medical cannabis program in Iowa, and attempted at Thursday’s meeting to address all those requests at once.

Marijuana is classified as both a schedule 1 and schedule 2 controlled substance in Iowa, under certain circumstances.

Meeting minutes show that in 2010, the board voted to recommend to the Iowa legislature that medical marijuana be approved and the drug “reclassified”.  Lawmakers have not acted on that recommendation, and this year Governor Terry Branstad said he fears that allowing marijuana to be prescribed by doctors will worsen abuse of prescription drugs.

The board said that although the Iowa legislature is looking at marijuana bills, none of them mention the Iowa Pharmacy Board, and the board used that reason as proof that it does not have authority to regulate marijuana.

“The board … will not impede on the province of the legislative branch.”

The board did say that Iowans “are not without recourse” and have “a few opportunities … to have access to cannabis-based medicine.”