Mason City woman after dope arrest: “Yes, I smoke marijuana. DEAL WITH IT.”

MASON CITY – A local woman who police arrested for drug possession wasn’t shy about admitting her transgressions in the aftermath of her arrest.

“Yes, I smoke marijuana,” 21-year-old Christi Hernandez said in the hours after she was released from the county jail. “DEAL WITH IT.”

Hernandez made her remarks via social media, where she claims to be a Kaplan University tutor and Advocare Independent Distributor.

Hernandez was busted Tuesday morning at about 10:38 AM by Mason City police during a traffic stop not far from her Cultural Crescent area home. She was charged with possession of drug paraphernalia and possession of marijuana and taken to the Cerro Gordo County Jail.  She later posted $1,000 surety bond. 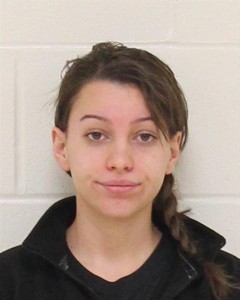 225 Responses to Mason City woman after dope arrest: “Yes, I smoke marijuana. DEAL WITH IT.”