According to a report provided to NIT by the Cerro Gordo County Sheriff’s Office, Roberts allegedly deposited checks into her bank account which were intended for her employer, Arise Energy Partners, Inc., located at 126 3rd Street NE in Mason City. The on-going criminal conduct took place within a time frame of December 2012 to October 2013. The second degree theft charge stemmed from a check Roberts deposited into her personal bank account for $2,000 on November 17, 2013. She also took checks worth over $10,000 that were written to Arise Enery, Inc. and deposited those into her bank account.

Roberts was booked into the Cerro Gordo County Jail Monday afternoon, where she was still held Wednesday as she awaits a January 31 preliminary hearing. She is being held on $25,000 bond. 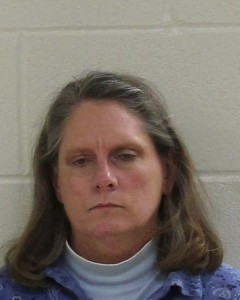