MASON CITY – A Rockwell man who has been arrested numerous times for alleged violent acts was again arrested this weekend.

According to police reports, Chad Leo Simmer, age 41, was arrested by Cerro Gordo deputies at a rural residence halfway between Rockwell and Swaledale, 12340 150th Street after a report of a domestic assault. He was arrested Sunday and charged Wednesday with felony D domestic assault involving strangulation. He awaits a February 7, 2014 court hearing.

Simmer is no stranger to violence.

Again in 2008, he plead guilty to assault with intent to inflict serious injury and was sentenced to two years in prison and nearly $19,000 in restitution and thousands more in court fees. He still owes $24,529.30 in that case.

Simmer also had two operating while intoxicated convictions on his record, and owes $973.09 in the second case. 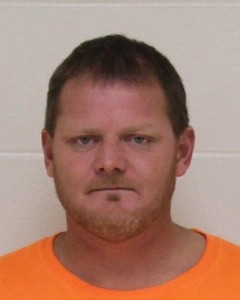