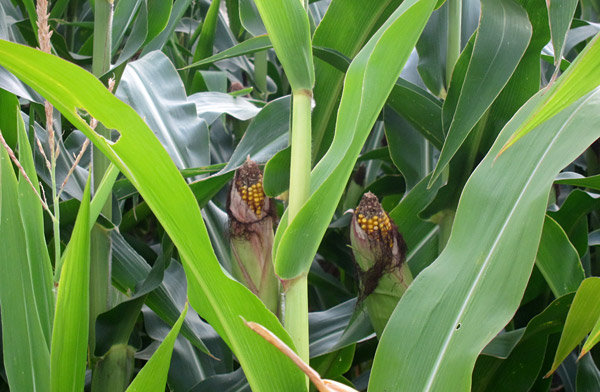 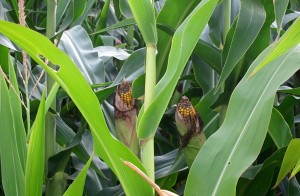 WASHINGTON — This summer’s brutal weather is the backdrop for a renewed battle between fuel and food interests: The meat industry and several governors want less of the nation’s corn going to make ethanol, but it’s questionable whether the pullback would really help lower corn prices skyrocketing because of the worst drought in 50 years.

Rising corn prices are driving up the cost of livestock feed, and the renewable fuel standard is causing “severe economic harm” to pork and poultry farmers in North Carolina, according to Gov. Beverly Perdue. Gov. Rick Perry of Texas argued that ethanol is hurting cattle ranchers and driving up grocery prices. They and several other governors from meat-producing states have petitioned the Environmental Protection Agency to suspend its requirement for refineries to blend 13 billion gallons of ethanol into the gasoline that’s used across the country.

The EPA says it’s considering the request from the governors and looking for public comment, but that “does not indicate any predisposition to a specific decision.” Analysts say the Obama administration’s decision is complicated by the fact gasoline prices would be higher without the ethanol being added into the nation’s fuel supply.

“You have two competing interests. You have very high corn prices and you have very high gasoline prices,” said John Kilduff, a founding partner at New York hedge fund Again Capital, which focuses on energy.

About 40 percent of the nation’s corn crop is set aside for ethanol production this year, although about a third of that corn going into ethanol plants actually comes out as a byproduct that is converted into nutritious livestock feed.

There are wealthy and politically powerful interests on both sides of the ethanol fight. The meat and oil industries have been campaign contributors to governors calling for a suspension of the ethanol requirement. Livestock owners want cheaper corn to feed their animals and the American Petroleum Institute, the oil industry’s major trade group, has tried to stop in court an upcoming gasoline blend with 15 percent ethanol instead of up to 10 percent.

They’re at odds with the influential agribusiness lobby representing companies such as Archer Daniels Midland that produce ethanol. It’s more a regional than partisan split among the politicians wading into the argument. While Purdue, a Democrat, and Perry, a Republican, want the requirement suspended, the governor of Iowa, Republican Terry Branstad, has defended an ethanol industry that produced some $15 billion worth of fuel in 41 plants in his state last year.

This summer’s drought has renewed a decades-long battle, with corn prices reaching record highs and the head of the United Nation’s food and agriculture organization joining the call for a yearlong suspension of the ethanol requirement.

But suspending the mandate for ethanol use could have a smaller impact on the price of corn than people seem to believe and potentially would have no impact at all, according to University of Illinois agricultural economists Scott Irwin and Darrell Goode.

“The EPA does not necessarily have the ability to substantially ease the plight of livestock producers in 2012-2013 at the stroke of a pen,” they concluded in an August analysis. That is consistent with recent studies from Iowa State University and Purdue University.

“Psychologically you might see a decline in corn prices, but as a practical matter the country will still use the same amount of ethanol we had planned to use this year anyway,” said oil industry consultant Andy Lipow, head of Lipow Oil Associates in Houston.

A third of the gasoline in the country still would need to have ethanol regardless because of other federal, state and local clean air rules, particularly in the big cities of the East and West coasts. Elsewhere in the nation, refiners often produce gasoline with an octane rating of 84 and then rely on ethanol to boost it up to the regular 87 octane sold at the pump, Lipow said. That isn’t likely to stop right away, he said. Ethanol is also cheaper than gasoline, and the savings is passed on to consumers at the gas pump, Lipow and other energy analysts said in interviews.

“The ethanol is so engrained in the system. So it’s not entirely clear that the refiners would want to stop adding it,” said Kilduff of Again Capital, who figured gasoline would cost about 15 cents more a gallon if ethanol were not blended into it.

Kilduff said he thinks suspending the EPA ethanol requirement still would have a bigger impact on corn prices than on gasoline prices. Wallace Tyner, a professor of agricultural economics at Purdue University, said that whether it helps corn prices much would depend on whether refiners had the desire and the ability to be flexible about how much ethanol they use.

A new study by Tyner and his colleagues at Purdue said the drought already has caused economic harm in the tens of billions of dollars.

“EPA cannot change the loss, but can only redistribute it among the affected parties — ethanol producers, livestock producers, corn growers, and ultimately domestic and foreign consumers,” their study said.