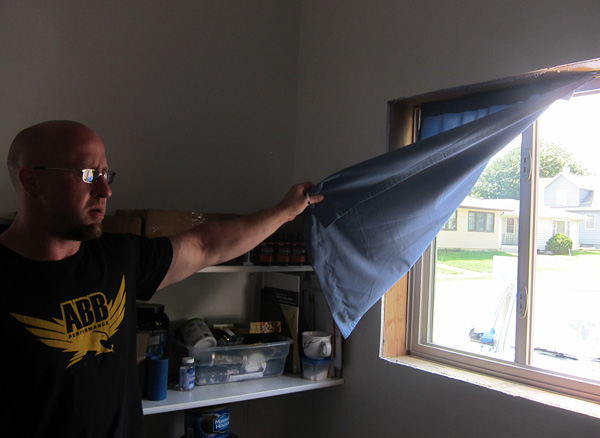 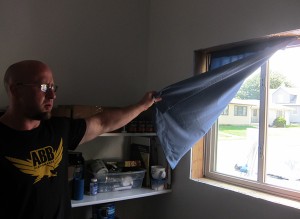 MASON CITY – Imagine getting an early morning call from the police saying your business has been burglarized.

Prazak and Berding were notified by Mason City police that an officer had noticed a broken window early Sunday and that it appeared someone had entered the building.

“They broke the window and climbed in,” Jake Prazak said.  “They took electronic equipment, smashed our cash register.  They even took body building supplements.  It appears they left the same way.”

The crooks didn’t get much cash, however, since the register is cleaned out each night at close.  They had to go to Staples today and replace it.  “$99… not too bad,” said Jake’s wife Jessica.

Jake and John rounded up the remnants of the cash register and loaded it into a box (see photo, right) and 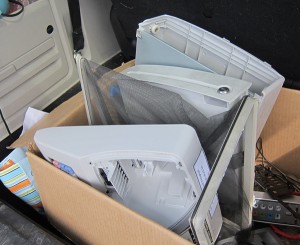 tried to assess what all was missing.

The pair didn’t stop there, however.

John, along with another friend, theorized the burglar(s) left on foot and headed south.  They came across some of their electronic equipment in a dumpster, with a shirt wrapped around one of the power cords.

“It’s an Iowa Games 25th Year Anniversary t-shirt,” Berding said, via phone.  “There’s not many of them around here, and only a few local guys participated in that event.”

There was also a blue sweatshirt they found that they think may belong to a person responsible (see photos below).

“They removed the hard drive from some surveillance equipment we found,” John said.  “They may have done something like this before.”

“I really just want my two laptops back,” Jake said.  “A lot of family pictures and music on them; things that can’t be replaced.”

On the bright side, the thieves did not smash or damage much else than the window, the cash register and the items they took.

Sunday afternoon, Jake was at the gym carrying out business as usual.

“We have a ladies boot camp at 2 o’clock,” he said.  “It could have been worse.  We will be upgrading our security.”

The burglary likely took place between 4 PM Saturday and 6 AM Sunday morning.  It is possible a person or persons were walking north in the South Federal vicinity, carrying electronic equipment.  If you have information or saw any suspicious activity this weekend, please call the Mason City Police Department at 641-421-3636. 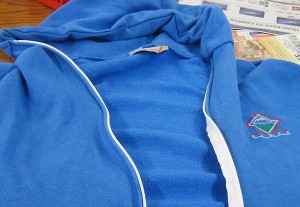 N.I.P. owners believe this sweatshirt may belong to a person who broke into their business Sunday morning. 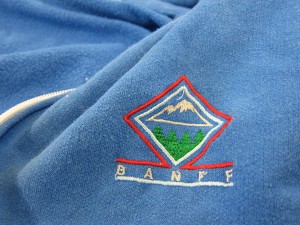