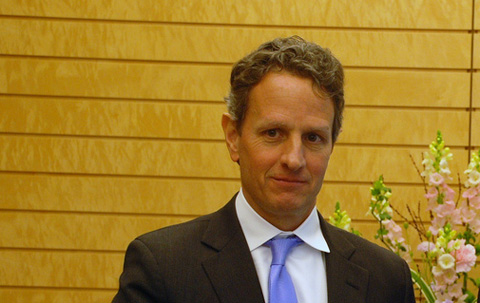 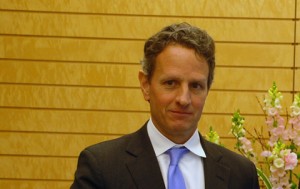 WASHINGTON – In an op-ed to be published in the March 2, 2012 edition of the Wall Street Journal, Treasury Secretary Tim Geithner (pictured) discusses the perils of financial crisis amnesia, contrasting the terrible costs of crisis with the complaints of those attempting to weaken or repeal crucial Wall Street reforms.

The full text of the piece follows.

My wife looks up from the newspaper with bewilderment at another story about people in the financial world or their lobbyists complaining about Wall Street reform.

Four years ago, on an evening in March 2008, I received a call from the CEO of Bear Stearns informing me that they planned to file for bankruptcy in the morning.

Bear Stearns was the smallest of the major Wall Street institutions, but it was deeply entwined in financial markets and had the perfect mix of vulnerabilities. It took on too much risk. It relied on billions of dollars of risky short-term financing. And it held thousands of derivative contracts with thousands of companies.

These weaknesses made Bear Stearns the most important initial casualty in what would become the worst financial crisis since the Great Depression. But as we saw in the summer and fall of 2008, these weaknesses were not unique to that firm.

In the spring of 2008, more Americans were starting to face higher mortgage payments as teaser interest rates reset and they could no longer refinance out of them because the value of their homes stopped rising—the leading edge of a wave of foreclosures and a terrible fall in house prices. By the time Bear Stearns failed, the recession was then already several months old, but it would of course get much worse in coming months.

These problems were partly the result of amnesia. There was no memory of extreme crisis, no memory of what can happen when a nation allows huge amounts of risk to build up outside of the safeguards all economies require.

When the CEO of Bear Stearns called that night, it was not because I was his firm’s supervisor or regulator, but because I was then the head of the Federal Reserve Bank of New York, which serves as the fire department for the financial system.

The financial safeguards in the law at that moment were tragically antiquated and weak. Neither the Fed, nor any other federal agency, had the necessary comprehensive authority over investment firms like Bear Stearns, insurance companies like AIG, or the government-sponsored mortgage giants Fannie Mae and Freddie Mac.

Regulators did not have the authority they needed to oversee and impose prudent limits on overall risk and leverage on large nonbank financial institutions. And they had no authority to put these firms, or bank holding companies, through a managed bankruptcy that wound them down in an orderly way or to otherwise adequately contain the damage caused by their failure. The safeguards on banks were much tougher than those applied to any other part of the financial system, but even those provisions were not conservative enough.

A large shadow banking system had developed without meaningful regulation, using trillions of dollars in short-term debt to fund inherently risky financial activity. The derivatives markets grew to more than $600 trillion, with little transparency or oversight. Household debt rose to an alarming 130% of income, with a huge portion of those loans originated with little to no supervision and poor consumer protections.

The failure to modernize the financial oversight system sooner is the most important reason why this crisis was more severe than any since the Great Depression, and why it was so hard to put out the fires of the crisis. The failure to reform sooner is why the crisis caused gross domestic product to fall at an annual rate of 9% in the last quarter of 2008; why millions of Americans lost their jobs, homes, businesses and savings; why the housing market is still so far from recovery; and why our national debt has grown so significantly.

For all these reasons, President Obama asked Congress to pass tough reforms quickly, before the memory of the crisis faded. The Dodd-Frank Wall Street Reform and Consumer Protection Act, signed into law by the president on July 21, 2010, put in place safer and more modern rules of the road for the financial industry. Yet only four years after the financial crisis began to unfold, some people seem to be suffering from amnesia about how close America came to complete financial collapse under the outdated regulatory system we had before Wall Street reform.

Are the costs of reform too high? Certainly not relative to the costs of another financial crisis. Credit is relatively inexpensive and growing across most of the U.S. financial system, although it is still tight for some borrowers. If the costs of reform were a material drag on credit growth, then loans to businesses would not have grown faster than the overall economy since the law passed and its implementation began.

Are these reforms complex? No more complex than the problems they are designed to solve. And, it should be noted, most of the length and complexity in the rules is the result of the care required to target safeguards where they are needed, not where they would have a damaging effect.

Is there some risk that these reforms will go too far with unintended consequences? That depends on the quality of judgment of regulators in the coming months as they flesh out the remaining reforms. But our system provides considerable protection against that risk, with the rules subject to long periods of public comment and analysis and with room in the law to get the balance right. The greater error would be for Congress or the regulators, under tremendous pressure from lobbyists, to once again exempt large swaths of the financial industry from rules against abuse.

These reforms are not perfect, and they will not prevent all future financial crises. But if these reforms had been in place a decade ago, then the rise in debt and leverage would have been less dangerous, consumers would not have been nearly as vulnerable to predation and abuse, and the government would have been able to limit the damage that a financial crisis could have on the broader economy. President Obama, along with Sen. Chris Dodd and Rep. Barney Frank, deserves enormous credit for pushing for tough reforms quickly.

My wife occasionally looks up from the newspaper with bewilderment while reading another story about people in the financial world or their lobbyists complaining about Wall Street reform or claiming they didn’t need the Troubled Asset Relief Program. She reminds me of the panicked calls she answered for me at home late at night or early in the morning in 2008 from the then-giants of our financial system.

We cannot afford to forget the lessons of the crisis and the damage it caused to millions of Americans. Amnesia is what causes financial crises. These reforms are worth fighting to preserve.

Mr. Geithner is secretary of the U.S. Treasury.