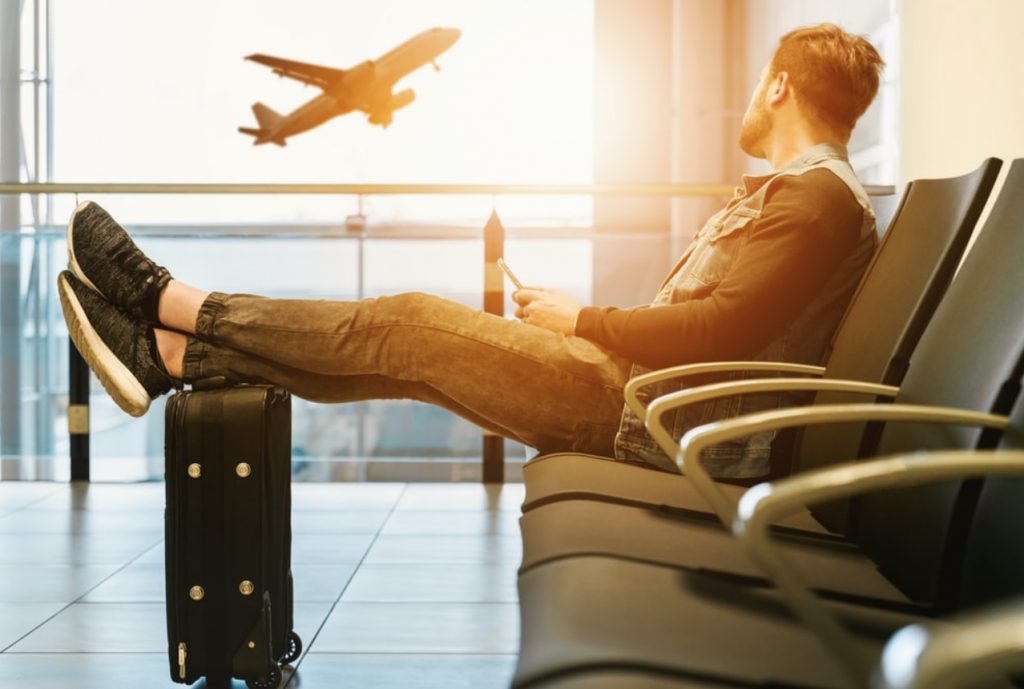 After a painful blackout that lasted almost two years, including long lockdowns and forced closures, people have finally resumed traveling, expressing that very strong desire for freedom that was continuing to grow uninterruptedly, month by month, week by week, bringing many individuals to the brink of a real nervous breakdown. The health emergency has in fact left deep traces in our consciousness: on the one hand, it has taken away a large part of the certainties on which we relied, and which we had almost begun to take for granted (the meetings with friends in certain corners of the city, breakfasts and aperitifs in bars, evening outings in clubs). On the other hand, it forced us to stay at home for many months, encouraging the increase of depressive symptoms and generating in many people a strong desire to return to life, to travel, thus regaining their lost freedom.

It’s a safe bet that this year, in spring or summer, American tourists will not travel in the same spirit as in previous years. During this dreadful two-year period, a surprising number of people seem to have begun to familiarize themselves with the concept of mindfulness, understood as the specific way in which they approach individual moments of their days. It is as if the Covid-19, in a sense, has empowered people to live their daily moments more fully and to attribute to them a value that was previously totally unknown to them. Speaking of travel, this translates into a more thoughtful choice of tourist destinations, but also into a completely different way of experiencing travel.

People who have emerged unscathed from the pandemic, in fact, have acquired the ability to live in the present, appreciating every single moment of their days and living them more intensely than ever before. This new approach to travel will have decisive consequences not only on the choice of destination, but also on the spiritual and material benefits directly linked to the success of the journey itself.

The appeal of traditional destinations

Given the persistence of some variants of the Coronavirus, especially in certain parts of the world, American tourists may be forced to choose a destination that is relatively close by, or one that does not require excessive health assurances upon arrival (such as the presentation of a negative swab or the need to spend a period in quarantine). All of these reasons might prompt Americans to choose some of their traditional destinations, sometimes very close to the states.

Until a couple of years ago, the preferred destinations for tourists coming from the United States were Mexico and Canada: the relative closeness of these territories, together with the undeniable tourist attractions contained within them, have always pushed Americans to play it safe and choose the destinations closest to home, thus saving a certain amount of money and above all a huge amount of stress. Europe, in this period, is progressively reopening its frontiers to tourism, despite the thickening of the shadows coming from the East and from the areas of conflict.

Italy, France and the United Kingdom, from this point of view, have always represented some of the favorite destinations for Americans, and in all likelihood it will be the same in this 2022. A breakfast in the South of France, with a tasty French toast or a delicious croissant freshly baked, could push many American tourists towards a vacation of physiological well-being to be enjoyed at any time, even in those apparently more obvious.

Another possible destination for American tourism could be South Africa: the national parks of this great nation, together with the uniqueness of some of its attractions (such as the possibility of hearing the voices of whales), could induce American tourists to make an unconventional choice, opting for a country that is extremely dynamic and rich in opportunities.

In South Africa, fun can come in many forms and shapes. One of these is undoubtedly represented by the numerous casino games that can be found online, within special portals dedicated to gambling. A team of experts has in fact selected the best online casino games currently on the web, making them available to all types of players, even those less experienced. With their high-impact graphics, but also with the adrenaline rush that they are able to generate, these games are undoubtedly an inexhaustible (and easily accessible) source of entertainment for anyone.

Ultimately, 2022 will be remembered as the year in which people gradually learned to rediscover their forgotten passions: travel, fun, adrenaline-pumping experiences, always to be lived with great awareness, moment by moment.