CEDAR RAPIDS – A Waterloo woman who purchased a gun for her boyfriend and attempted to purchase at least one other gun for him and a friend was sentenced yesterday to 12 months in prison.

Ashley Nichole Lies, age 26, from Waterloo, Iowa, received the prison sentence after an April 12, 2021 guilty plea to making a false statement during purchase of a firearm.

Information disclosed at sentencing and at her plea hearing showed that, in July 2020, Lies purchased a 9mm pistol from a business in Cedar Falls, Iowa. During the purchase, Lies represented to the business that she was purchasing the gun for herself. Lies was actually buying the gun for her boyfriend at the time, who was prohibited from possessing guns because he had a prior conviction for domestic abuse. The gun was seized from Lies’ boyfriend a few weeks after she purchased it. Investigators also determined that Lies attempted to purchase at least one other guns for Lies’ boyfriend and another friend but was denied.

Lies was sentenced in Cedar Rapids by United States District Court Judge C.J. Williams. Lies was sentenced to 12 months and 1 day imprisonment. She must also serve a three-year term of supervised release after the prison term. There is no parole in the federal system. Lies will have to pay $100 to the special assessment fund. 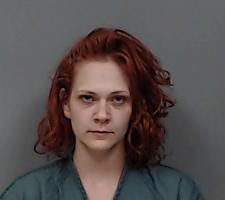