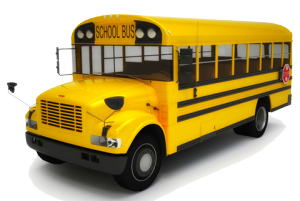 According to AFSCME 61, Des Moines Public Schools’ (DMPS) Transportation Department conducted a mandatory training for bus drivers and associates June 3-4, 2019. Employees who requested June 4, 2019 off to celebrate Eid al-Fitr as part of their Islamic faith were denied these requests, citing the mandatory nature of this training.

This training featured a diversity segment conducted by the DMPS Director of Transportation, the Transportation Training and Safety Specialist, and the Route Manager Specialist. One aspect of the diversity training included an exercise which required employees to tape an index card to their backs and go around the room, allowing their coworkers to anonymously write their thoughts of the employee on their card.

The second aspect was a “Diversity Bingo” game, a copy of which is attached. Employees were instructed to “obtain the signatures of as many people s [sic] possible who match the description listed in the squares.” Names and initials have been removed to protect the employees who were subjected to this humiliating exercise, but identity boxes listed include, “A person who is Moslem [sic],” “A person who has received welfare,” “A single parent,” “A person who is Jewish,” and “A person who is gay, lesbian or bisexual.”

“For a district that claims to value diversity to facilitate such a tone-deaf exercise is simply appalling,” said AFSCME Council 61 President Danny Homan. He continued, “Des Moines Public Schools already degraded its AFSCME contract-covered employees by playing games with the permissive items in their contract and weakening their protections on the job, and now they mandate a humiliating training like this. It’s sickening what these workers have been put through. They want true diversity training to help them fully appreciate the wide range of students in their care, not a series of exercises aimed to demean and shine a spotlight on their private lives.” 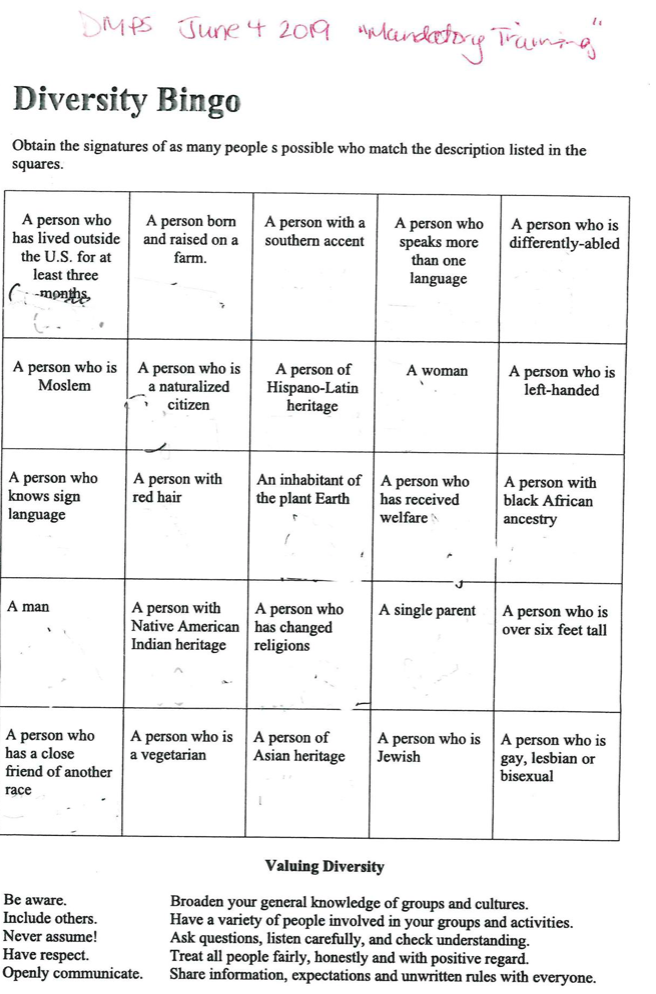