Information from sentencing and a plea agreement showed that Wells received $16,978 in unemployment funds to which he was not entitled from the states of Maine and New York. Wells withdrew the funds in cash, kept some of the funds for himself, and mailed the rest to other individuals.

Wells was sentenced in Cedar Rapids by United States District Court Judge C.J. Williams. Wells was sentenced to 5 months’ imprisonment. He was ordered to make $7,728 in restitution to the New York State Department of Labor and $9,250 in restitution to the Maine Department of Labor. He must also serve a five-year term of supervised release after the prison term. There is no parole in the federal system. Wells was released on the bond previously set and is to surrender to the United States Marshal on October 4, 2021.

The case was prosecuted by Assistant United States Attorney Kyndra Lundquist and investigated by the Federal Bureau of Investigation and the United States Department of Labor Office of Inspector General. 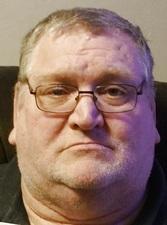