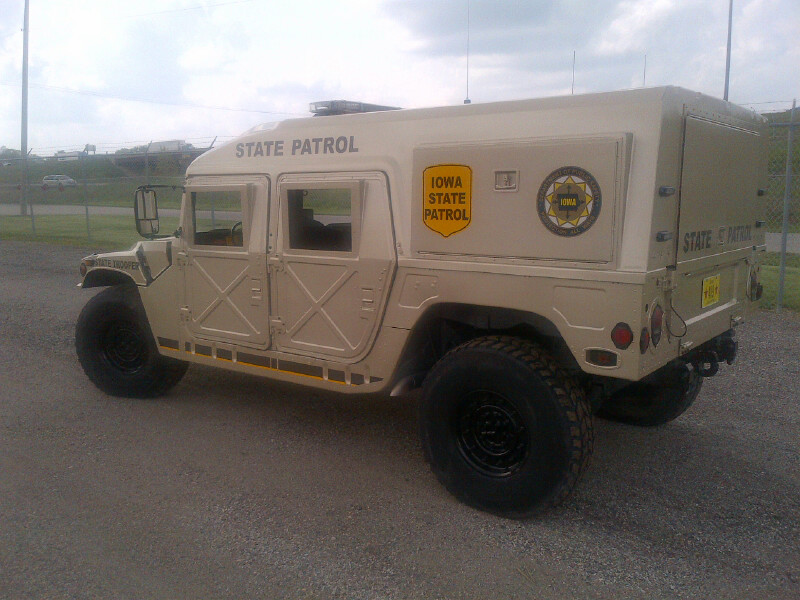 Des Moines, IOWA — The Department of Public Safety (DPS) has added eight Humvees to its fleet through the military’s 1033 Program. The 1033 program allows a transfer of military equipment to law enforcement agencies to enhance operations at no cost to the agency. When the agency no longer desires to retain the equipment, the property is returned to the military. Following the acquisition of the Humvees, the Iowa National Guard assisted DPS by performing a maintenance inspection of each Humvee, making minimal repairs, and painting the vehicles. DPS reimbursed for the costs of these services. General fund dollars were not utilized to support this acquisition. The police equipment used to designate the Humvees as emergency vehicles was previously designated as surplus equipment due to the requirements of our newer Dodge patrol vehicles.

The State Patrol Division will coordinate the readiness of the Humvees and station the vehicles across the state for rapid deployment during blizzards, flooding, tornadoes, and other disaster or critical incident related operations. During these deployments, more than 80 sworn members across Department stand ready to operate the Humvees to augment the Department’s uniformed response.

The State Patrol Division’s, Safety Education Unit will also use the Humvees occasionally to advance traffic and highway safety initiatives.