This news story was published on June 27, 2020.
Advertise on NIT • Subscribe to NIT 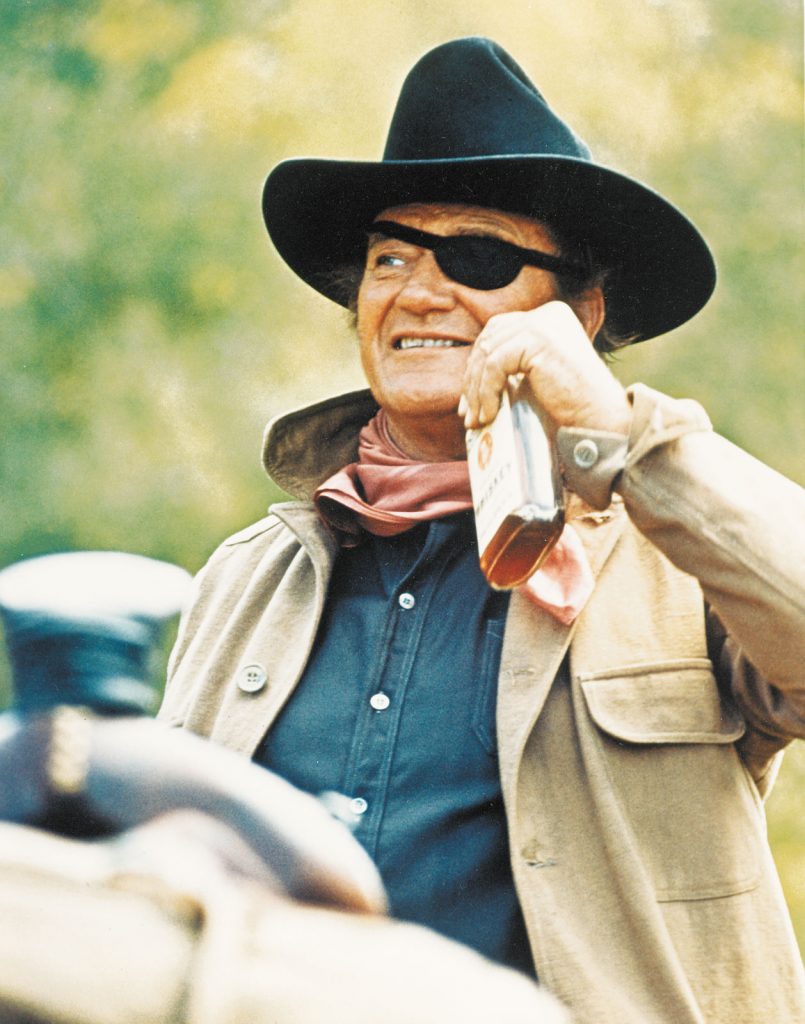 ORANGE COUNTY, CALIFORNIA – Democrats are saying it’s high time native Iowan John Wayne mosey off into the sunset as they move to strip his name off the sign of an airport named after him in California.

John Wayne has been a beloved character in countless movies over the decades leading to his death in 1979. The grizzled, gritty, square-jawed tough man actor played heroes in war movies and cowboy films, always quick on the draw to put the bad guy out to pasture once his time had come. Now, Democrats, seizing on the turbulent cancel-culture of today’s high-octane political landscape, are turning the tables on The Duke, saying it’s high time Winterset, Iowa’s John Wayne mosey off into the sunset and have his name stripped from a California airport named after him. Leftists are trump-eting alleged remarks he made decades ago in interviews. For example, he made some controversial statements to Playboy back in 1971:

“With a lot of blacks, there’s quite a bit of resentment along with their dissent, and possibly rightfully so. But we can’t all of a sudden get down on our knees and turn everything over to the leadership of the blacks. I believe in white supremacy until the blacks are educated to a point of responsibility. I don’t believe in giving authority and positions of leadership and judgment to irresponsible people.”

“I don’t feel guilty about the fact that five or 10 generations ago these people were slaves. Now, I’m not condoning slavery. It’s just a fact of life, like the kid who gets infantile paralysis and has to wear braces so he can’t play football with the rest of us. I will say this, though: I think any black who can compete with a white today can get a better break than a white man. I wish they’d tell me where in the world they have it better than right here in America.”

According to a press release from Orange County, California Democrats:

WHEREAS​, A national movement to remove white supremacist symbols and names is reshaping American institutions, monuments, businesses, nonprofits, sports leagues and teams, as it is widely recognized that racist symbols produce lasting physical and psychological stress and trauma particularly to Black communities, people of color and other oppressed groups, and the removal of racist symbols provides a necessary process for communities to remember historic acts of violence and recognize victims of oppression; and

WHEREAS​, O​ range County is now a diverse region far different from the time when John Wayne was chosen as namesake for the airport, as today Orange County is vibrantly multicultural, and according to the most recent Orange County Annual Survey, 79% of respondents see the county’s increasing ethnic diversity as a source of great strength; and

WHEREAS​, There have been numerous calls to remove John Wayne’s namesake from Orange County’s airport because of Wayne’s white supremacist, anti-LGBT, and anti-Indigenous views which were shared in part in a a 1971 interview, where Wayne is quoted saying, “I believe in white supremacy” and “I don’t feel guilty about the fact that five or 10 generations ago these people were slaves;”

THEREFORE BE IT RESOLVED,​ The Democratic Party of Orange County condemns John Wayne’s racist and bigoted statements, and calls for John Waynes’ name and likeness to be removed from the Orange County airport, and calls on the OC Board of Supervisors to restore its original name: Orange County Airport.

The outcome on the airport initiative has yet to be determined.