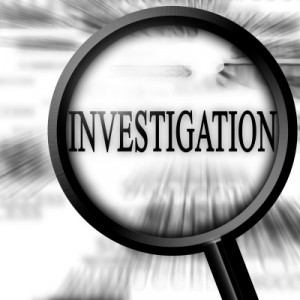 PHILADELPHIA, PA – Apotex Corp., a generic pharmaceutical company headquartered in Florida, was charged with fixing the price of the generic drug pravastatin, the Department of Justice announced today.  According to the one-count felony charge filed in the U.S. District Court for the Eastern District of Pennsylvania in Philadelphia, Apotex and other generic drug companies agreed to increase and maintain the price of pravastatin, a commonly prescribed cholesterol medication that lowers the risk of heart disease and stroke.  The conspiracy began in May 2013 and continued through December 2015.

The Antitrust Division also announced a deferred prosecution agreement (DPA) resolving the charge against Apotex.  The company agreed to pay a $24.1 million criminal penalty and admit that it conspired with other generic drug sellers to artificially raise the price of pravastatin.  The single count charges that Apotex communicated with competitors about the price increase and subsequently refrained from submitting competitive bids to customers that previously purchased pravastatin from a competing company.  Under the DPA, Apotex has agreed to cooperate fully with the Antitrust Division’s ongoing criminal investigation.  As part of the agreement, the parties will file a joint motion, which is subject to approval by the court, to defer for the term of the DPA any prosecution and trial of the charges filed against the defendant.

“Now, more than ever, we recognize and appreciate the importance of life-saving medications,” said Assistant Attorney General of the Department of Justice Antitrust Division, Makan Delrahim.  “When the makers of those medications conspire to raise prices for profit, the most vulnerable among us suffer.  That’s why we at the Antitrust Division are committed to pursuing the prosecution of antitrust crimes by the generic pharmaceutical industry.”

“During these difficult times, it is more important than ever that our pharmaceutical companies conduct business with the well-being of the consumer in mind,” said Special Agent in Charge Scott Pierce, U.S. Postal Service Office of Inspector General.  “When generic drug companies conspire to fix prices and rig bids, they do so to the detriment of many who depend on these medications to maintain good health.  Along with the Department of Justice Antitrust Division and our partners at the Federal Bureau of Investigation, the USPS Office of Inspector General will remain committed to investigating those who would engage in this type of harmful conduct.”

“Today’s announcement demonstrates that the FBI is dedicated to enforcing the law and investigating those who choose to collude at the expense of innocent Americans.  The public should not have to pay a higher price for necessary medications because of corporate greed,” said Timothy R. Slater, Assistant Director in Charge of the FBI’s Washington Field Office.  “During these uncertain times, we know that access to life-saving medication is of the utmost importance.  The FBI, along with our partners, are focused on investigating and bringing those responsible to justice, on behalf of the American public.”

“Compromising the health and welfare of innocent people by artificially inflating the price of a much needed medication is not only morally wrong, but illegal,” said U.S. Attorney William M. McSwain for the Eastern District of Pennsylvania.  “Preying on the public in this manner for the sake of financial gain is something that must be rooted out of the pharmaceutical industry.  We will continue to hold accountable any company that engages in this type of conduct.”

Apotex is the fourth company to be charged in connection with antitrust violations in the generic pharmaceutical industry.  The previous three corporate charges were resolved by deferred prosecution agreements.  Four individuals have also been charged.  Three entered guilty pleas and the fourth is awaiting trial.

The charged offense carries a statutory maximum penalty of a $100 million fine per count for corporations, which may be increased to twice the gain derived from the crime or twice the loss suffered by victims if either amount is greater than $100 million.

The charge is the result of an ongoing federal antitrust investigation into price fixing, bid rigging, and other anticompetitive conduct in the generic pharmaceutical industry, which is being conducted by the Antitrust Division with the assistance of the U.S. Postal Service Office of Inspector General, the FBI’s Washington Field Office, the FBI’s Philadelphia Field Office, and the U.S. Attorney’s Office for the Eastern District of Pennsylvania.  Anyone with information on market allocation, price fixing, bid rigging, and other anticompetitive conduct related to the generic pharmaceutical industry should contact the Antitrust Division’s Citizen Complaint Center at 1-888-647-3258