This news story was published on August 1, 2019.
Advertise on NIT • Subscribe to NIT 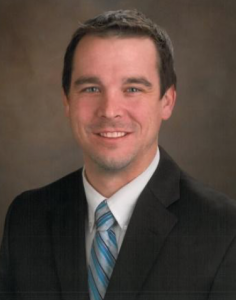 MASON CITY – At-Large City Councilman and Mayor Pro Tem, Paul Adams, has announced he will seek a second term on the City Council in Mason City.

“Serving on the City Council in Mason City is a tremendous honor.  I’m very grateful that the wonderful citizens of our community have placed their trust in me.  But I always remember that I work for them. Their continued support is essential, as I very much wish to continue serving them”, Adams said.

Mason City has seen job creation in the form of existing business expansion and has attracted new industry.  This economic growth along with numerous projects and amenities designed to enhance the quality of life, and increase public safety in the community during Adams’ tenure include:

“My fellow Council members, our Mayor, City Administrator and dedicated, professional  City Staff have worked diligently and efficiently to prepare Mason City for continued success; this will help us to maintain our positive momentum”, Adams added, “for years in the future.”.

Adams, 35, is a Client Service Manager with Principal in Mason City.  He and his wife, Emily, have three young children. He was first elected to the City Council in 2016, after defeating seven candidates to win a runoff election.