This news story was published on November 5, 2011.
Advertise on NIT • Subscribe to NIT

Willette was booked into the Cerro Gordo County jail on a Minnesota warrant for failure to register as a sex offender-predatory offender. The county sheriff’s inmate population report lists Willette as being held with “no bond / body only” to be extradited to Minnesota.

Willette was sentenced to 30 months in Minnesota State Prison for the sex offense against the child.

In 2007 Willette was convicted while living in Albert Lea, Minnesota of a felony count of 243.166.5(a) knowingly violating registration requirement or intentionally provides false information-predatory offender. Willette was sentenced to 22 months in Minnesota state prison for that offense.

Mitchel Willette is not listed on the Iowa Sex Offender Registry although the police incident report lists Iowa as his residence. Willette may also face an additional charge for violating Iowa’s sex offender laws. 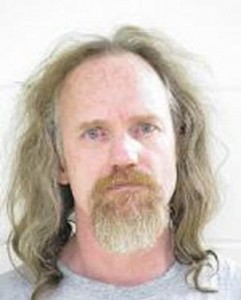