Man who dealt meth in Mason City loses his appeal

DES MOINES – A man who was caught dealing methamphetamine in Mason City and was later sent to prison has lost his appeal after at least one violent outburst.

Sammie Watters, age 42, was convicted of felony delivery of meth back in March of 2015 after an earlier arrest by Mason City police. Watters entered a guilty plea to delivery of methamphetamine and the district court granted him a deferred judgment and placed him on probation for a period of three years. As special conditions of probation, Watters was required to abstain from all controlled substances, not associate with persons known to have a criminal record, actively seek and maintain full-time employment, and comply with a plan of restitution.

Less than two weeks later, on March 26, 2015, the State alleged Watters had violated his probation by testing positive for methamphetamine and marijuana and failing to appear for his probation intake meeting. At the revocation hearing, Watters stipulated he had violated his probation. The district court sentenced him to sixty days in the county jail for contempt and modified the terms of his probation to require placement in a residential correctional facility for 180 days after serving his contempt sentence. The court did not revoke his deferred judgment.

On September 8, 2015, the State alleged Watters had violated his probation while at the residential correctional facility (1) by “flipping” another resident out of a chair, (2) grabbing an officer by the shoulder, and (3) pushing another resident. Watters testified the first incident involved horseplay, he denied the second incident, and he admitted the third incident. The district court determined Watters had once again violated the conditions of his probation by incidents two and three. The district court found Watters in contempt and sentenced him to sixty days in jail, to then return to the residential correctional facility. Again, the court did not revoke his deferred judgment.

On November 18, 2015, the State alleged Watters had violated his probation by using methamphetamine. At the beginning of the probation revocation hearing, the district court asked Watters, “[A]re you admitting or denying the allegations contained in the report of violation?” and Watters replied, “I am admitting, Your Honor.” The district court revoked the deferred judgment and sentenced Watters to a term of imprisonment not to exceed ten years, waiving the mandatory one-third minimum sentence.

The Iowa Court of Appeals found that the district court’s failure to cite to the sentencing section of the Iowa Code and its failure to specifically list the criminal offense is not reversible error. Also, Watters failed to show he received ineffective assistance of counsel because his attorney did not require the State to prove there had been a probation violation or require the court to follow all procedural requirements during the revocation hearing. The court affirmed the revocation of Watters’s probation.

Watters still owes the entire $3,441.20 in fines and court costs associated with this case. 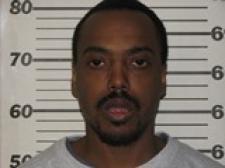