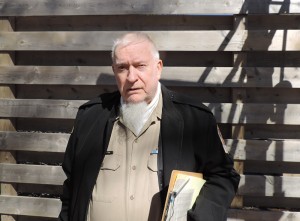 Jack McCourt says he asked for the budget this week and was told because a school district employee was sick he couldn’t have it and would have to come back some other day.

This same official, Ramona Jeffrey, was absent from work one day last year when a petition to force a vote on new school taxes was due.  McCourt had to come back three times that day to turn in his petition, finally catching Jeffery at work.

McCourt said Saturday morning that there are fewer and fewer students in Mason City, but the district needs more money.  He said that the two tax levies passed last year, but it’s not enough, and the district claims to be in financial trouble even with the ability to impose the new taxes.

“The school board has not changed, even with two new members.  They rolled over faster than a ten cent whore,” McCourt said.

“They need more money!  They are lucky the two levies passed.  One thousand people stayed home because they were sure it would fail.  Now, these two new taxes will never, ever go away, because the school district will say it can’t make it without it.

“Anita Micich wants to know what we want from the schools over the next 12 years,” McCourt continued, “and she wanted out of here last year.  What a joke!  She’ll take the first job she is offered, if anyone will take her.  Why bother telling her anything, she’s out of here.

“The elderly in this town own houses, they are on fixed incomes, and a lot of them are poor,” McCourt said. “How much more can Micich and the schools squeeze out of them?”