MASON CITY – A Mason City woman was convicted of assault this month after accepting a plea deal.

Prior to her guilty plea, Starbuck said via social media “***k yeah Im drunk!!! Southern Comfort, and Blackberry Merlo!! Yep yummy!! I have come to realize that being a little bored sometimes is far better than worrying wether or not Im gonna be in trouble or make it outta this one…. lol”.

Starbuck was ordered to serve two days in jail and to pay a $315 fine and nearly $3,0000 in victim restitution, which she has failed to make a payment on so far, records show.

Last year, Starbuck was found guilty of properly securing a child in a car seat and ordered to pay $195.00 in fines and fees, but never made a payment. 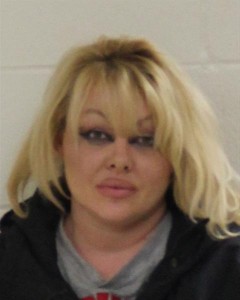