In September of 2012, Hoyman was interviewed by Agents of the Iowa Division of Criminal Investigation (DCI). Hoyman admitted during this interview that he submitted false billing claims to the city of Indianola by using fictitious names from phone books.

A state audit report released on May 16, 2013 identified that improper invoices submitted by. Hoyman for the period June 1, 2006 through July 31, 2012 included inaccurate information regarding prosecution services provided by Hoyman which resulted in an estimated $81,130.00 of overbillings to the city of Indianola. Invoices were also identified which included hourly charges for legal services which were covered by the monthly retainers paid by the City. The additional hourly charges resulted in $9,709.50 of over-billings.

Hoyman was suspended as the Indianola City Attorney in August of 2012. Hoyman was hired by the city of Indianola in 1986.

The Iowa Division of Criminal Investigation and the Indianola Police Department conducted the investigation.

It should be noted a criminal charge is merely an accusation and the defendant is presumed innocent until and unless proven guilty. 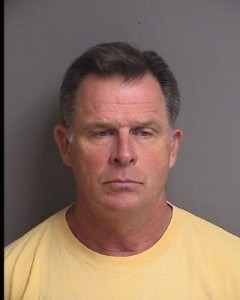