DES MOINES – A Rockwell man serving at least 17 years in prison after guilty pleas to second degree sexual abuse and lascivious acts with a child has lost his appeal.

Michael Lowe, Jr., age 46, was sentenced in October of 2015 to up to 35 years in prison on the charges of second degree sexual abuse and lascivious acts with a child that he pled guilty to earlier. Other charges in the case were dropped. Prosecutors alleged that Lowe had sexual contact with two females under the age of 12 in Clear Lake over the course of several years. Lowe must serve a minimum of 17.5 years before becoming eligible for parole and must register as a sex offender for the rest of his life.

Lowe appealed the denial of his motion in arrest of judgment, arguing his guilty pleas were unknowing and involuntary because he was experiencing symptoms of drug withdrawal, and his trial counsel was ineffective by failing to present evidence in support of his motion.   While in jail, Lowe was placed on a protocol to wean him off of morphine over a period of eleven to fourteen days, which occurred during the beginning to middle of June, 2015, before he was sentenced.

The Iowa Court of Appeals ruled that the district court acted within its discretion in denying Lowe’s motion because Lowe failed to show his pleas were unknowingly and involuntarily made. The court did, however, preserve Lowe’s ineffective-assistance-of-counsel claim for a possible postconviction-relief proceeding.

Lowe continues to serve his sentence at a Newton, Iowa prison. 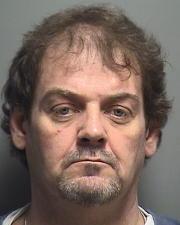