Ernst alarmed by growth of ISIS after military losses 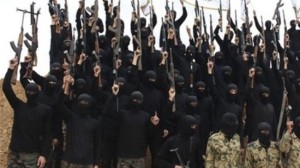 WASHINGTON, D.C. – Senator Joni Ernst today issued the following statement on reports connected to the war on ISIS that “at least 25 militants and 15 soldiers have been killed in a series of skirmishes in recent days”: 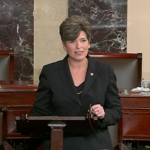 “Tragically, the events over the past few days only continue to highlight the alarming growth of ISIS in the region. The loss of 15 Filipino soldiers in a battle yesterday against the Abu Sayyaf militants, who have pledged allegiance to ISIS, is a sobering reminder of the Philippine Government’s ongoing battle in Asia. Additionally, this weekend’s jail break of eight terrorists arrested for their allegiance to ISIS and another Islamic extremist group pledging allegiance to ISIS – both in the Philippines – should be a wakeup call for us all.”

In case you missed it, Senator Ernst, a combat veteran and member of the Senate Armed Services Committee, recently penned a column in TIME about the weakness in our fight against ISIS in Asia.

Also today, Senator Ernst sent a letter to President Obama ahead of his meeting with the president of the Philippines during his trip to Asia. In addition to the growing human rights concerns and increasing Chinese aggression in the South China Sea, Ernst urged the president to also focus on “crafting strategies and discussing policies to best counter the rise of ISIS in the region.”

In the letter, the Iowa Senator wrote, “Shortly after the horrific attacks on September 11, 2001, U.S. Special Operations Forces were operating in the Philippines in support of Operation Enduring Freedom. When the Joint Special Operations Task Force officially concluded its operations in 2014, the U.S. had successfully helped the Philippines take great steps forward to curb the rise of Islamic extremist groups, like Abu Sayyaf. Unfortunately, much of the progress that was made has been lost as we continue to see these groups regain strength, increase aggression and alarmingly unite beneath the flag of ISIS. This is most recently and tragically highlighted by the death of 15 Filipino soldiers in a battle against ISIS linked militants this week. The Islamic extremist groups in the southern Philippines, following their pledge to ISIS, have publically called for others to join them.”

Specifically, in addition to focusing on human rights issues, Senator Ernst requested that President Obama discuss the rise of ISIS with Philippines President Rodrigo Duterte and consider the following questions:

1. How can the U.S. and the Philippines leverage the five new bases recently announced for U.S. personnel in the region to counter the rise of ISIS?

3. The use of U.S. Special Operations Forces training the Filipino forces has a successful track record in the region. Additionally, annual training exercises, such as Balikatan, continue to be successful each year. What steps can be taken to resume, increase, or alter existing training for Filipino forces to ensure ISIS does not increase its footprint in the region?

Ernst concluded, “As we continue to witness the growing threat of ISIS at home and abroad, I believe we must do all that we can to support our allies and show U.S. strength to stop the spread of Islamic extremism.”