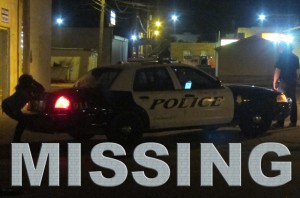 CLEAR LAKE – A Clear Lake woman who last month crashed her car into a house has been reported missing.

Here are the only details made available at this time:

If you see this person, or have any information that might help her be found, contact your local law enforcement agency.

Vanessa Swalve was involved in an accident in Clear Lake  on Thursday, November 12, 2015.  The car she was driving crashed into a garage at a house located at the corner of 4th Avenue South and South 9th Street.  She was taken by ambulance to Mercy Hospital in Mason City after the accident.