MASON CITY – A convicted domestic abuser wanted on arrest warrants was caught by police last week at a local bar.

Timothy Dean Smith, age 24, was at Cueless Bar, 1401 North Federal Avenue, at around midnight on February 26th when police entered the bar and arrested him on warrants related to a domestic abuse conviction. Smith had plead guilty to domestic abuse causing bodily injury last November, and was to complete a batterer’s education program, but never did. He also failed to show up in court to answer a charge of violating a no-contact order with the victim in the case. Smith had been wanted since January 16th when the warrants ere issued.

Police took Smith to the Cerro Gordo County Jail, where he was held on $3,000 cash bond.  He awaits a March 6th court date. 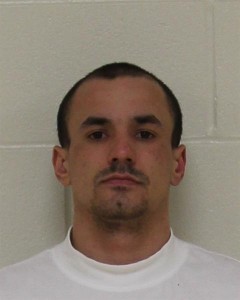